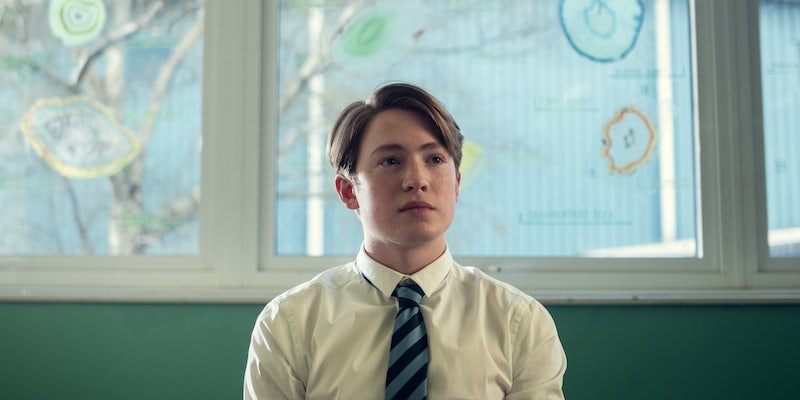 ‘Congrats for forcing an 18 year old to out himself’: ‘Heartstopper’s Kit Connor comes out after some fans accused him of queerbaiting

The tweet came after some fans accused him of queerbaiting.

Heartstopper star Kit Connor came out as bisexual, but the circumstances that led to his coming out are leading to bigger conversations about queer identity, figuring things out on a timetable, and the increasingly toxic expectation of what people think they’re owed by celebrities.

Connor had mainly taken a break from Twitter, but on Monday night, he tweeted about his sexuality. But, as he noted in referencing some Heartstopper fans who were “forcing an 18 year old to out himself,” it wasn’t entirely a happy post.

“back for a minute. i’m bi.” he wrote. “congrats for forcing an 18 year old to out himself. i think some of you missed the point of the show. bye.”

Back in September, some fans accused Connor of queerbaiting after photos of him holding hands with a female co-star emerged online. The implication by those fans was that Connor, whose popularity rose because of Heartstopper, was benefiting from being associated with the LGBTQ+ community without publicly identifying as a member of that community.

In the coming-of-age romance Heartstopper, Connor plays Nick Nelson, whose season-long journey is one of self-discovery as he falls for a classmate and figures out how he wants to identify. The character initially believes that he’s straight, but when he starts dating Charlie (Joe Locke), Nick believes that he’s gay at first. Later in the season, he realizes that he’s not actually gay but bisexual. Throughout the entire season, Charlie—who knows something about being forcibly outed in an unkind environment—gives Nick the space and time to figure out how he identifies and never pressures him to come to his friends and family. It’s a simple idea, to give a queer person all the time and space they need to figure things out, but also a radical one.

It’s also, as many noted, the kind of luxury that Connor himself wasn’t given as it wasn’t exactly his choice to come out how and when he did.

People also pushed back at the idea of queerbaiting itself when it comes to real people. The term, which originates in fandom, occurs when a show tries to sell two same-sex fictional characters getting together to hook in LGBTQ+ viewers with no plans to ever pay off on that notion. It’s a concept that applies to fictional characters (think JohnLock, FinnPoe, or Destiel), but more frequently, it’s also been used when discussing celebrities like Harry Styles and Taylor Swift, who’ve both been accused of appropriating queer culture when neither of them has publicly identified as being part of the LGBTQ+ community.

“Queerbaiting is a technique used in fiction, not in real life,” @talesofbasingse tweeted. “you are not entitled to know anyone’s sexuality, even people in the spotlight, and no one should be forced to come out just to please others.”

Connor’s coming out has been largely received with praise (including from many of his co-stars). But Heartstopper creator Alice Oseman noted the irony of fans of a show that contains several positive and nuanced portrayals of queer identity bullying one of its stars into publicly coming out before he may have been ready to do so.

“I truly don’t understand how people can watch Heartstopper and then gleefully spend their time speculating about sexualities and judging based on stereotypes,” Oseman tweeted. “I hope all those people are embarrassed as FUCK. Kit you are amazing 💖”