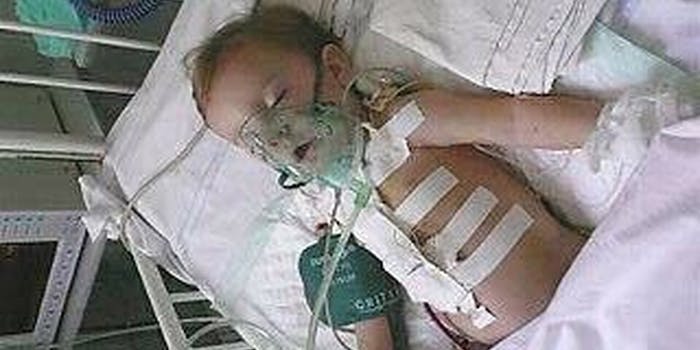 Will sharing this photo help this boy receive a free heart transplant? Absolutely not.

There’s a fine line on Facebook between being kind-hearted and gullible.

“if this boy gets 100 shares he can get his heart transplant for free,” reads the caption under a depressing photo of a child in a medical bed, hooked up with a respirator, covered in medical tape.

Though this photo was submitted in November, it’s still being passed around, and today hit 30,000 shares.

There is, of course, no truth to the idea that 100 shares would somehow grant him a free transplant.

At least an earlier version of the same photo had a caption that hinted at context. It claimed heart surgery was free for children under 10 at a certain hospital in Bangalore, India. It provided a phone number, which, according to Snopes, belonged to a real children’s hospital that provides free care.

In real life, however, the boy in the photo doesn’t have much of a chance of going there. He’s Ukrainian, and the photo is actually of him recovering from a successful surgery in Odessa more than three years ago.

But it’s the thought that counts, right? 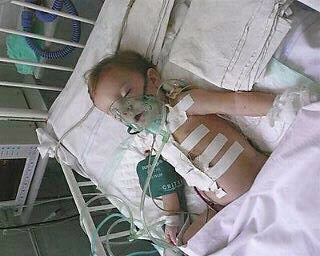