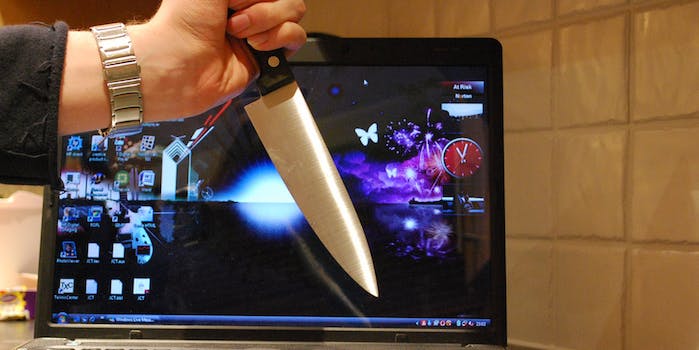 Healthcare.gov goes down on the last day to sign up for Obamacare

The 2014 deadline to sign up for health insurance approaches—it’s midnight Tuesday, so get your ducks with pre-existing conditions in a row. Unfortunately, the Healthcare.gov website is straining under the extra traffic. The notoriously glitchy website went down this morning until around 8:30 ET; some users received a message to “please try again later” while others were scuttled to a virtual waiting room.

The site goes offline most nights as part of its maintenance routine, but today the offline period was extended due to a technical failure, according to administration spokesperson Aaron Albright.

For people in the U.S. without health insurance, this deadline is extremely important. People who are not already covered who fail to start the signup process by midnight will have to pay a penalty on their federal income taxes next year.

The Obama Administration has strategically marketed the Affordable Care Act’s online marketplace this past month; the president made a successful appearance on the webseries Between Two Ferns with Zach Galifianakis as a way to publicize the program before the deadline passed, and the government said that 6 million people have signed up so far.

But signing up online hasn’t been easy. Since it launched, the website has experienced embarrassing technical difficulties that discouraged people from signing up, and this last outage is both bad timing and another reminder that choosing the right webdesign team should be higher on the priority list.

If you’re having trouble logging on today and you still need to get covered, don’t freak out about the penalty: because of the surge in demand (and, presumably, knowledge that the website could buckle), the government announced an extension for people who have lined up to get insurance. The government will also accept paper applications until April 7, if you just can’t stomach the thought of trying Healthcare.gov one more time.