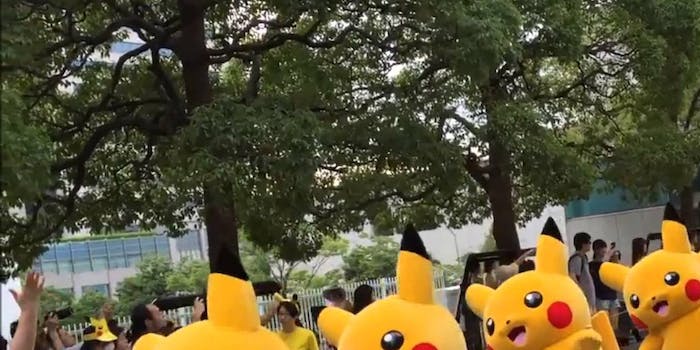 Giving you Game of Thrones for free won't save HBO.

The move by HBO to make its online streaming site HBO Go a standalone Web feature—meaning no longer dependent on a cable subscription—is certainly no surprise. Rumors of the change have been circulating for years, and the rise of the cordcutter combined with HBO’s premium content of late makes it a natural move for the pioneering network.

Its historicity should not, however, be forgotten. When HBO premiered in 1972, it was the first and only service to charge customers for television, making it the first-ever cable subscription. While it certainly is a ways away from abandoning its television network, the submission to online content is perhaps the ending of one chapter in the history of television and the dawning of another.

Unlike 1972, however, 2014 offers much more competition for HBO. A comScore study released concurrently with HBO’s announcement shows Netflix leading in premium digital content, with Amazon and Hulu lagging behind. Netflix especially has the lead among millennials, half of whom subscribe to some form of online streaming.

There’s also the prickly matter of content. HBO long ago recovered from its brief post-Sopranos spell, with at least three must-watch programs in Veep, Game of Thrones, and True Detective. Netflix, however, has the distinct advantage of syndicating content from other networks, almost single-handedly creating binge-watching culture by harvesting shows like Breaking Bad, Gilmore Girls, and Mad Men. It’s no coincidence that, as HBO made its big announcement, Netflix announced their acquisition of every episode of Friends, one of the highest-rated sitcoms of all time.

This is a significant problem for HBO. While its original content and movie selection could drive HBO Go into mainstream inclusion, it’s hard to imagine many people will be willing to pay a rate similar to Netflix’s cost for a definitively smaller selection. As an example, note that HBO’s most popular show, Game of Thrones, is also the most torrented show in history.

Whether planned or not, Netflix had the right idea years ago when it began harvesting TV shows and movies from other networks. While CEO Reed Hastings works overtime not to step on the heels of networks—swearing off livestreaming, for instance—Netflix can easily supplant a full cable subscription on availability of content alone.

Just as well, Netflix has a storied roster of original content to offer in wildly popular shows like Orange Is the New Black, House of Cards, and the less successful but completely-worth-your-time BoJack Horseman (seriously, watch this damn show immediately).

The head start Netflix is enjoying isn’t exactly a death knell for HBO Go. In a letter to shareholders, Hastings called the HBO news “inevitable” and feels many people will simply subscribe to both. And perhaps that’s true: With packaged cable subscriptions exceeding $80 a month in some areas, it’s entirely possible we all will someday face a collection of streaming services, finally giving us the “à la carte” television we’ve long been begging for.

Still, there is no denying HBO Go and Netflix will be competitors for the same subscription dollars and the same eyeballs. I wrote back in April that HBO, if it wants to succeed against Netflix, must mirror much of Netflix’s model. And the HBO Go transition is a great start, but they need to simply offer more.

It’s enough to ask whether a single network can actually exist as an online subscription service. Netflix has undoubtedly changed the media landscape by placing a large emphasis on its library over its content. When a new (old) show arrives on Netflix, it’s a cultural moment. After Netflix announced last month that the beloved show Gilmore Girls would soon be on the service, no dam was large enough to stop the cascade of listicles and think-pieces, and that show’s been off the air for over seven years.

It’s a mistake to view Netflix as a quirky new cable channel, and not simply because it’s a streaming-only service. It has defined what a streaming site should be, and it’s far afield from what HBO Go is. What HBO is doing is truly an experiment, and one that could be a colossal failure if, for example, it fails to continue on its promise of premium content for a premium price.

What happens when that trifecta of True Game of Veep ends? In fact, all three of those shows air explicitly in the spring months; couldn’t HBO Go customers abandon their account for half the year while still retaining the access to original content that is the site’s only real selling point? One could even imagine many customers plowing through their favorite of those shows in just the inevitably free two-week trial.

No website is eternally the king of its own domain—and Netflix least of all. Competing directly with huge networks like HBO makes Netflix the lamb in the lion’s den, with any reputable competitor ready to strike. But freeing your service from cable subscriptions isn’t a courtesy to your customers; it’s a necessary change in a dying industry. Unless HBO Go offers a varied, competitive service, it could be something HBO hasn’t been since it changed television back in 1972: old-fashioned, outdated, and too slow.

Photo via Game of Thrones Trailer/HBO