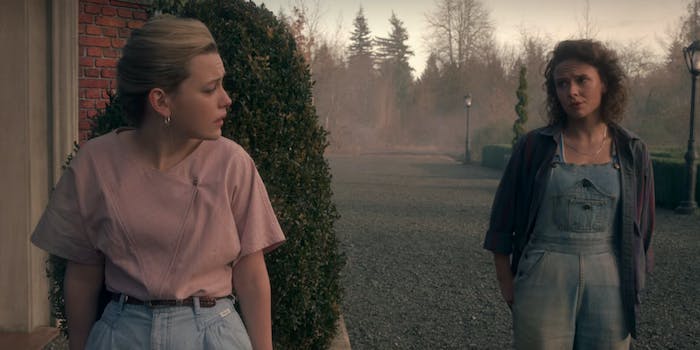 'Bly Manor' has a lot of people spooked... and thirsty.

The Haunting of Bly Manor, Mike Flanagan’s loose adaptation of The Turn of the Screw, has been one of Netflix’s most popular titles since it debuted last week. It follows Dani (Victoria Pedretti) in her new job as governess (nanny) to two children, Miles and Flora. As with The Haunting of Hill House, there are ghosts hiding everywhere.

But another plot point has TikTok particularly invested in the show: The relationship between Dani and Jamie (Amelia Eve), the gardener at Bly Manor. One viewer pointed out the moment in the first episode where it’s clear Dani is gay: The way she holds her beer.

Elsewhere, viewers were catching on to the “plot” and thirsting for Pedretti and Eve. Is Bly Manor cottagecore?

The Peter Quint character isn’t very likable but he got some love, too.

And in case you were nostalgic and wondering what would Bly Manor characters would be like on Vine: This sums it up.