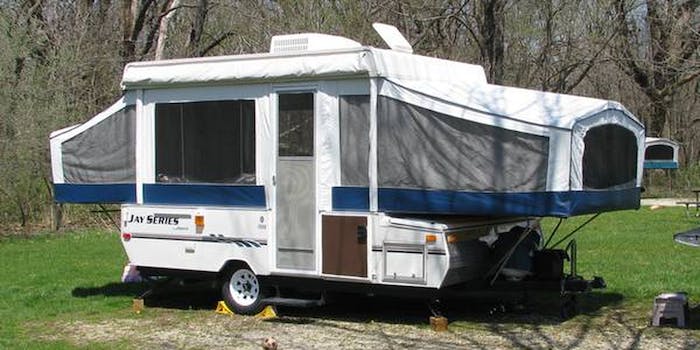 For less than a grand, you can buy this haunted trailer on Craigslist

Gently used, only 666 miles, and haunted by the spirit of most likely a colonial woman? Jeeze, this 2008 Coleman Spirit trailer for only $700 is the best deal in Alaska since the United States bought it from the Russians.

Yes, somebody on Craigslist is selling a haunted trailer for just a few Franklins shy of a grand. It’s apparently spacious enough for two adults and a haunting spirit. Oh, and I hope you can drive a stick. 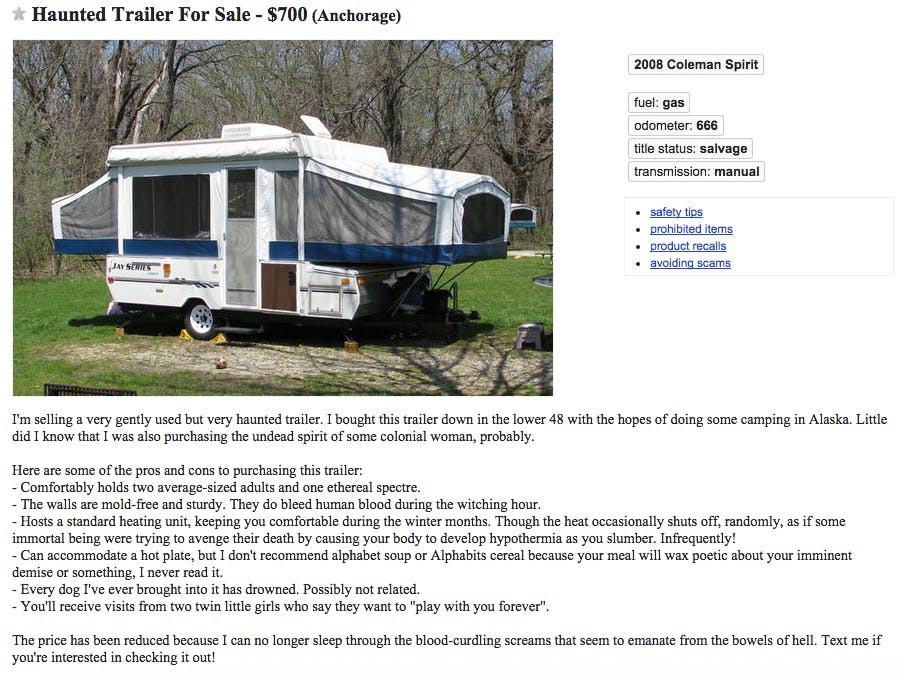 While there’s plenty occult offerings available online, this trailer definitely seems like the best bang for your buck. Just imagine traveling cross-country with just you, the bae, and the colonial woman ghost singing Walk the Moon’s “Shut Up and Dance.”

Anyway, better hit up the seller of this vehicle soon. Doesn’t look like they’ll be around much longer according to that ominous message warning of their unfortunate fate sitting in their alphabet soup.