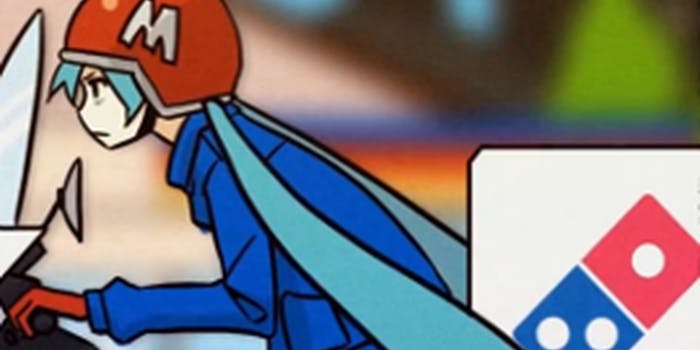 Her name is Hatsune Miku, a fake 16-year-old with teal hair and a squeaky voice, and she's the most famous of a generation of synthesized musical applications made from a program called Vocaloid.

What does Domino’s Pizza have to do with a computer program that creates synthesized music for a holographic pop star?

Answer: they’re both big in Japan.

In your unexpected romance of the day, Domino’s pizza president Scott Oellkers announced a brand-new mobile app designed to help Japanese pizza-lovers call in their orders with style, to the auto-tune of their favorite singer/sex kitten. 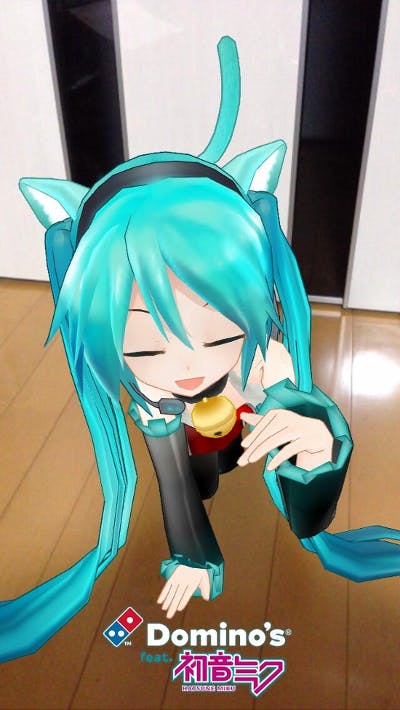 Betabeat has the rundown on the hilariously awkward promo spot, but it forgot to mention the most incredible part of all: that’s a computer-generated pop star dancing on a pizza box.

Her name is Hatsune Miku, a fake 16-year-old with teal hair and a squeaky voice, and she’s the most famous of a generation of synthesized musical applications made from a program called Vocaloid. Vocaloid, along with a similar software called UTAU (which means “song” in Japanese), allows you to create your own music using synthesized vocals, but it goes a step further by letting you create songs using various computer-generated singers.

Vocaloid artists aren’t real, but each one is unique, like a character from a video game; and their fans love them as much as if they were, creating entire storylines and universes around the fake singers. Vocaloid songs have topped charts in Japan, and Vocaloid fans have proliferated the Internet with fan-created songs, music videos, dance videos, and original (synthesized) Vocaloid singers of their own.

Miku, who sprang to life in 2007, is the most popular non-existent pop star of them all: so popular that she’s performed her own live hologram concerts to sold-out crowds. Her most famous performance has to be seen to be believed:

We’ll let Kids React explain the phenomenon for us:

Vocaloid vocals are sampled from real voices—Miku’s comes from voice actress Saki Fujita. But anyone can use the Vocaloid software to create their own original vocaloid, or apply their own computer generated “voice” to an existing Vocaloid character model.

The result is an endless wormhole of Vocaloid and UTAUloid music.

Vocaloid software is basically open source, so Miku’s voice and the songs she sings can be applied to pretty much everything, in any context. That’s how the world wound up with the Nyan Cat song: someone took a Miku song, covered it with an UTAUloid vocal, then turned that into the ubiquitous squeaky cat theme we all know and love.

And here’s a human covering a song originally created for a Vocaloid artist:

Domino’s has been actively courting the Vocaloid fanbase for a while now in Japan, with a series of ads in which Miku discovers the joys of pizza.  Here’s one in which she races to deliver a pizza on a hysterically slow-moving moped while singing a wacky theme song:

“Domino’s Pizza now has this most excellent and awesome opportunity to take college campuses by storm by bringing this Hatsune Miku promotion to the U.S. of A,” gushed YouTube user Mrshoujo. “I﻿ would drive to the next town with a Domino’s Pizza just to get the boxes.”

Unfortunately for Mrshoujo and other U.S. Vocaloid fans, the mobile app is only available in Japanese. But if you’re lucky enough to have a Japanese iPhone, then Crunchyroll reports you can enjoy special features like the “Pizza Stage Live” function, which causes Miku to start a musical number right there on your pizza box.