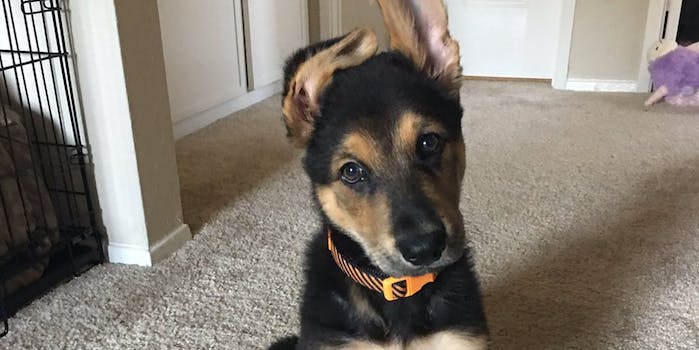 It's ruff out there.

Months after @Dog_Rates (which giddily critiques dog images sent to account operator Matt Nelson) got suspended thanks to a bogus DMCA complaint from a troll who wanted to steal followers, it seemingly faced another attack that involved false identities. This time, Nelson said, someone was impersonating a fan who submitted her dog for a rating, in order to again shut down the account on copyright grounds.

Such are the joys of maintaining a viral content feed.

After trying to address the problem directly with the user…

…he appealed to Twitter to intercede on behalf of his 500,000 followers.

But it turned out to be those fans who made the difference. They reported the apparent spam account en masse, and the adorable fridge dog’s true owner stepped forward with proof that Nelson hadn’t stolen content.

proof that Im the REAL owner of Duke and the pics of him. I gave permission to post and none of the info in the report is my info pic.twitter.com/L6OjmIcC5U

In the end, the counteroffensive proved successful, and @madih67343310, not @dog_rates, was the account that disappeared. Afterward, of course, it was time for a quick victory lap with—who else?—a very good dog.

This is Misty. She has a cowboy hat on her nose. 12/10 pic.twitter.com/Eno0mypHIr

Curiously, the kerfuffle distracted from a different issue some had with Duke, the puppy who figured out the miracle of air conditioning: that letting your dog nap where you keep your food is white people nonsense.

So confused at this point pic.twitter.com/YfnKtWTkKN

This really has to be the most controversial dog photo on the internet. But just to make things perfectly clear: 1) It’s not your dog, unless you’re Madi Hoops, and 2) it’s not your fridge he likes to relax in. So, you know… chill.