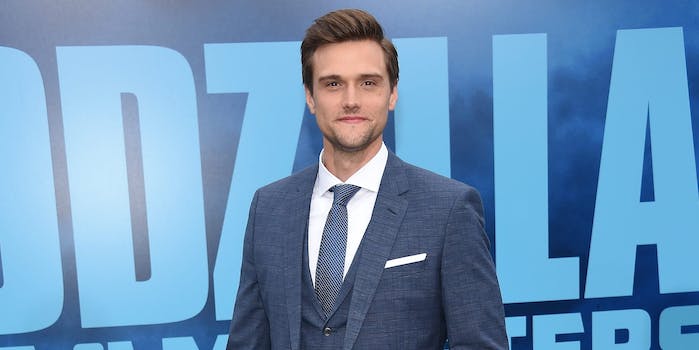 The tweets resurfaced shortly after he posted about his own white privilege on Twitter.

Hartley Sawyer, who portrayed Ralph Dibny (and the superhero Elongated Man) on The Flash for the past three seasons, has been fired after multiple racist and sexist tweets resurfaced online.

“Hartley Sawyer will not be returning for season seven of The Flash,” a joint statement from executive producer Eric Wallace, The CW, Warner Bros. TV, and Berlanti Productions read. “In regards to Mr. Sawyer’s posts on social media, we do not tolerate derogatory remarks that target any race, ethnicity, national origin, gender, or sexual orientation. Such remarks are antithetical to our values and polices [sic], which strive and evolve to promote a safe, inclusive and productive environment for our workforce.”

The tweets, which were posted between 2011 and 2014 (and several years before he worked on The Flash), resurfaced online over the past couple of weeks. Shortly after Sawyer tweeted in support of the Black Lives Matter movement and called out his own white privilege; he also shared a screenshot of his tweet on Instagram. Hours later, a Twitter thread shared several tweets posted by Sawyer that includes sexist, racist, and fatphobic language. He also makes light of sexual assault and animal abuse.

Sawyer has since deleted his Twitter account. On May 30, he posted a lengthy apology on Instagram, where he said that “regardless of the intention, my words matter and they carry profound consequences.”

“This was not acceptable behavior,” Sawyer wrote. “These were words I threw out at the time with no thought or recognition of the harm my words could do, and now have done today. I am incredibly sorry, ashamed and disappointed in myself for my ignorance back then. I want to be very clear: this is not reflective of what I think or who I am now.”

On Twitter, Wallace acknowledged Sawyer’s tweets—and Sawyer’s subsequent termination on The Flash—as an indication of a bigger problem of systemic racism in the U.S. and pledged to do more to foster more inclusiveness on The Flash.

“I, too, am committed to bringing permanent change to the work environment here on THE FLASH,” Wallace wrote. “Yes, this is a family show. But it’s for all families. That includes Black and Brown ones. In order to facilitate this, I will continue to find Black and Brown writers, directors, actors and producers of all genders to help tell FLASH stories. Their stories are part of the American narrative, too, and must be heard. And the more you hear and see us, the more you will begin to recognize one simple fact: We’re human beings, too.”

The Flash is set to return for its seventh season in January 2021.