Rest in piece, you sexy gorilla.

Harambe, a 17-year-old gorilla, was shot and killed by Cincinnatti Zoo staff this May after a toddler fell into his enclosure. The decision to fatally shoot the gorilla—rather than use nonlethal means such as tranquilizers—outraged many who believed that Harambe was carrying the child around to protect rather than harm it.

Controversy over Harambe’s intent sparked a movement: Petitions were created calling for the parents to be investigated, #JusticeforHarambe trended on social media, and the world’s most famous primatologist, Jane Goodall, weighed in to say footage showed Harambe acting protectively toward the child.

Then, perhaps because his death is widely believed to be unfair, Harambe became immortalized in memes. 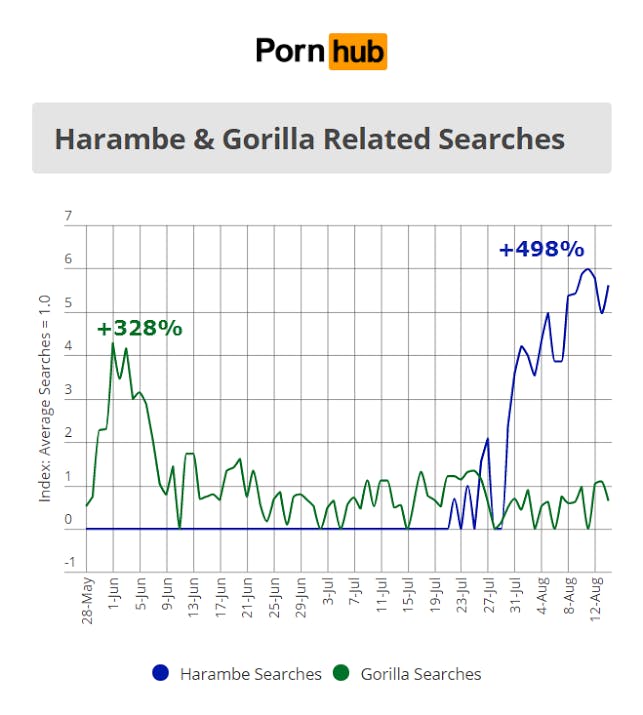 The increase in meme activity likely has something to do with it. But the biggest spike in searches came shortly after news broke that another unexpected sex symbol—George W. Bush—had met Harambe’s mother twenty years ago at a zoo in Brownsville, Texas.

Or perhaps the lust for sexy Harambe vids followed on the heels of fervent calls to make Harambe a character in Pokémon Go.