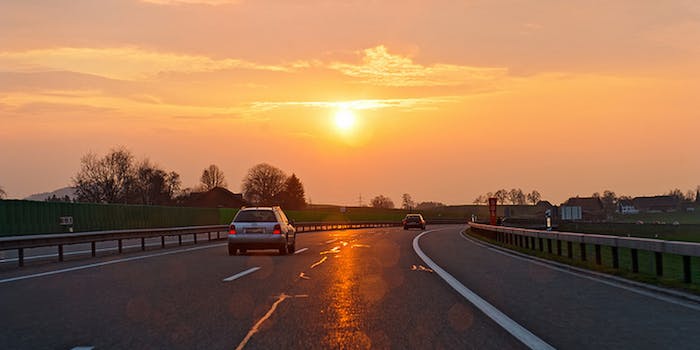 The saga of Pharrell’s “Happy” may have finally come full circle. A woman was involved in a fatal car crash right after posting about “the happy song” on Facebook.

The accident happened Thursday morning on Business 85 in High Point, N.C. Investigators say Courtney Ann Sanford, 32, veered into the other lane and collided with a truck. She was killed, but the driver of the truck survived.

Sanford’s friends pointed investigators to a Facebook post made at 8:33am that morning, which allegedly read, “The Happy Song makes me so HAPPY.” High Point Police’s Lt. Chris Weisner said they got the call about the crash at 8:34. After looking back at other online activity that morning, they also discovered she’d been taking selfies and posting them while driving.

“In a matter of seconds, a life was over just so she could notify some friends that she was happy,” Weisner told Fox 8.

There’s obviously no way to know if she was referencing the ubiquitous Pharrell song, but there’s a sentence to ensure you never text and drive again.