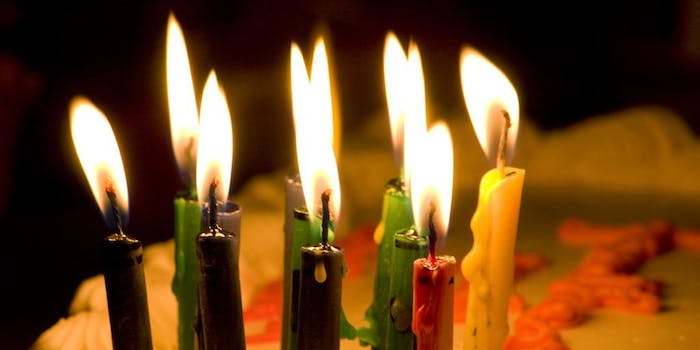 I don't wish anybody a happy birthday on Facebook. It's a stupid thing to do and cheapens the very day that should be most special to all of us.

“To the best big bro a bro can have. Happy birtday broooo!!!”

Those are Facebook birthday posts, a sight just as common on Facebook as Onion articles and Candy Crush notifications. They’re on the wall of a guy I met a couple of years ago who hasn’t remembered my name the last two times we’ve seen each other.

If you couldn’t tell, it’s his birthday. I know this because Facebook told me so. Those posts, along with hundreds more, corroborate that fact. I will not be wishing him a happy birthday on his Facebook wall.

Actually, I don’t wish anybody a happy birthday on Facebook. That’s because I think it’s a stupid, trite thing to do and cheapens the very day that should be most special to all of us.

Don’t get me wrong. I love birthdays. If I know it’s your birthday and we’re close enough that I would be excited to see you in the real world, then I’ll call or text or email to pass along my messages of happiness on this, the day of your birth.

The Facebook thing, though, has just gotten out of hand. It’s become a reflex. You see the little tab on the side of your News Feed and automatically dash off a quick HBD. You notice that five of your friends have digitally scrawled their message on a former frat brother’s wall and you join in, because why not? 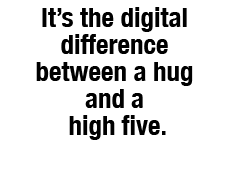 I’ll tell you why not. Birthdays are special. We shouldn’t just treat them as an obligation for six seconds worth of online communication. Sending positive vibes shouldn’t be some robotic chore that we do just because a website reminded us.

Thanks to Facebook, birthdays have become about quantity over quality. All of a sudden, we’re saying happy birthday to fifth-cousins-once-removed and former teachers we didn’t even like and friends of friends we met in bars. We’re now well on our way to birthdays losing their patina because an avalanche of happy birthdays fill up your wall and you don’t even remember how you know some of these people in the first place.

The worst of it is when you’re actually close to a person—your best friend, your wife, your brother. Just look back at that “best big bro a bro can have” message up above. It’s meaningless chaff presented publicly for no reason whatsoever.

If you really believe that your brother is the best big bro a bro can have, you should call that big bro and tell him. You should send him a video message that you recorded where you turn all of the lyrics of “Let It Go” into a song called “My Big Bro.” Your brother deserves better than 12 words on the digital equivalent of a bathroom stall.

Since Facebook arrived, our circle of digital friends far outweighs our real friends. That’s not a bad thing. I love keeping up with old high school friends and coworkers that I’ll never run into again, even if it’s just to click “like” on a picture of their latest sandwich. 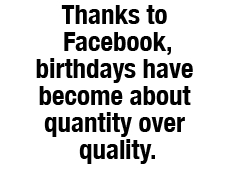 Truth be told, I also love getting those greetings when it’s my birthday. It’s hypocritical, yes, but that’s just because the Facebook Birthday Message has become so normalized that I’ll take whatever positive online interaction I can get.

The flip side of this, of course, is that I’d gladly trade last year’s roughly 140 birthday messages for 14 phone calls or emails from real friends. It’s the digital difference between a hug and a high-five. I’m glad to accept a high-five from just about anyone, but on my birthday, I’d much prefer the hug.

So please excuse me the next time it’s your birthday and you don’t see my name amongst the chorus on your Facebook wall. I’m not going to say Happy Birthday on Facebook, and I’m not sorry about that one bit.

Jason Kessler is a Los Angeles-based freelance writer who specializes in food and travel coverage. He’s the creator of FlyandDine.com and you can follow him on Twitter @FlyDine or @TheHungryClown. The choice is yours. Photo via Flickr/telachhe (CC BY 2.0)