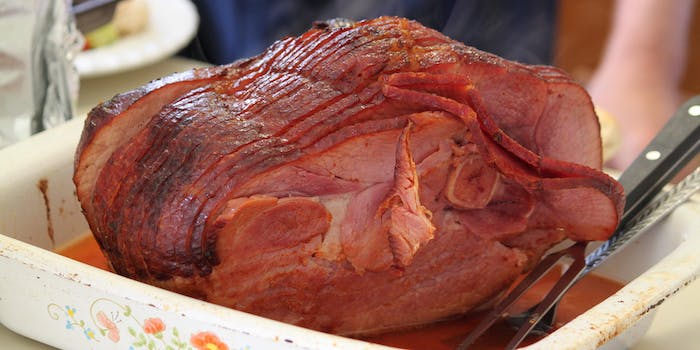 Please pray for this dog with ham on its face

He'd probably rather have the ham.

People will see a poor injured pooch, instead of some (confused) dog with ham on its face.

The post comes from Stephen Roseman, of Charlotte, North Carolina—who, according to his Facebook profile, is a proud graduate of “FuckYou” university. But the dog in the picture isn’t even his. The image comes from some unnamed source elsewhere on Facebook. Meaning not only did this poor dog have to wait patiently to eat that slice of ham, it also doesn’t even know it’s a celebrity.

The post has already racked up more than 50,000 likes, and more than 100,000 shares, which comes out to more than a million prayers.

Whether they were praying for its speedy recovery or that it would get to eat the slice of meat on its face is unknown.