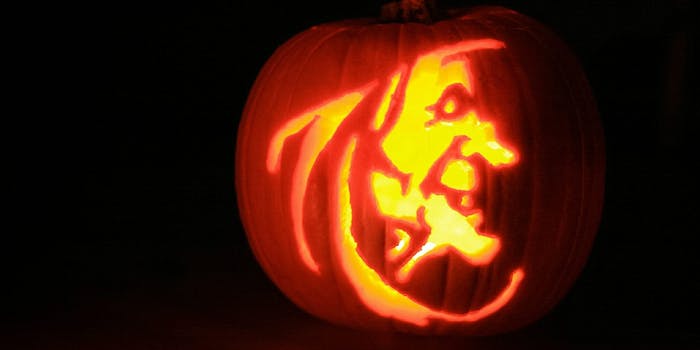 'Clock Boy' is actually the least weird of the various 2015-themed costumes floating around out there.

Halloween will be here in a little more than three weeks, so if you’re not already thinking about your costume or haven’t begun serious negotiations with your soul about appropriate outfits, it’s time to start planning.

If you don’t have the motivation to come up with your own idea, and you don’t want to go as a meme, you can always go with one of the outfits celebrating the ups and downs of 2015. Here are just a couple of examples of what you’ll find out there.

The website selling this costume never refers to Clock Boy as Ahmed Mohamed, the teenager who was arrested last month after bringing a clock to school. Regardless, it’s clearly him. The costume comes with an aluminum case, clock guts, clear glasses, a NASA shirt, and, naturally, handcuffs. 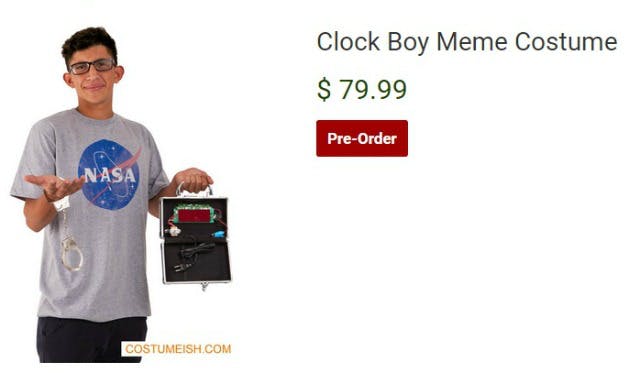 You didn’t think we’d leave out a Donald Trump reference, did you? The hottest costume among Republican primary voters this Halloween is Fox News host Megyn Kelly, who pressed Trump with such tough questions at the first GOP debate that he later publicly wondered whether she had been menstruating at the time.

This costume includes a tunic designed to look like a tampon with a string (“one size fits most”) and fake blood. A microphone is not included. 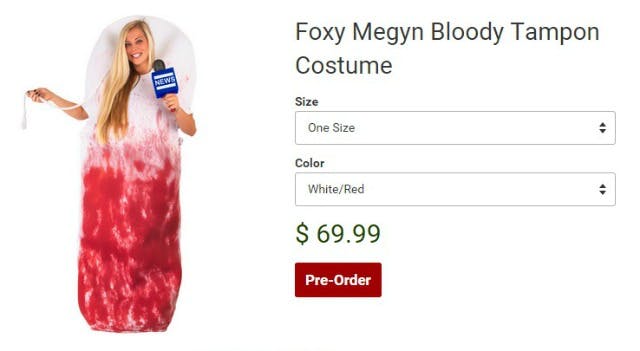 Still not sure about your Halloween costume?

In case you need other ideas, Saturday Night Live had some good thoughts about people from the summer whom we’ll never hear from again.

Update 4:58pm CT, Oct. 7: Seems the Ahmed Mohamed costume has already been pulled from Costumeish, though you could certainly make your own at home—just like Mohamed would!

The Megyn Kelly tampon costume is, of course, still available.