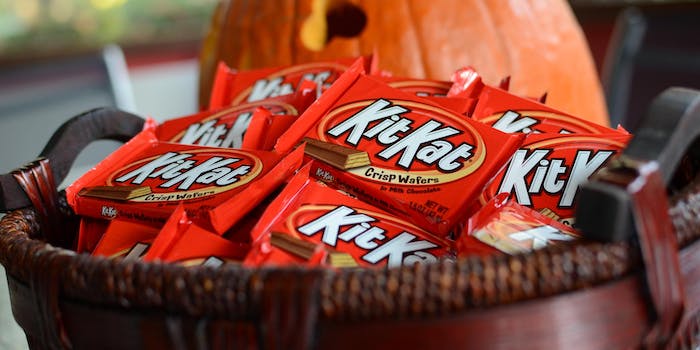 Surveillance footage reveals who took all of the Halloween candy

The uploader thought that some kids would be the ones to ruin it.

Just because a bowl of candy is left outside on Halloween for trick-or-treaters to grab doesn’t mean that nobody is watching.

YouTube user InternetLasers, faced with the prospect of not being home on Halloween, decided to give out candy to everyone anyway. They purchased multiple boxes of full-sized candy bars—a rare find on this night—and paired it off with a note: “Help yourself but be considerate!” InternetLasers then set up a hidden camera to see who would adhere to the considerable amount and who wouldn’t.

InternetLasers had thought that maybe a bunch of kids would be the ones to take all of the candy, but the ultimate culprit just might surprise you.