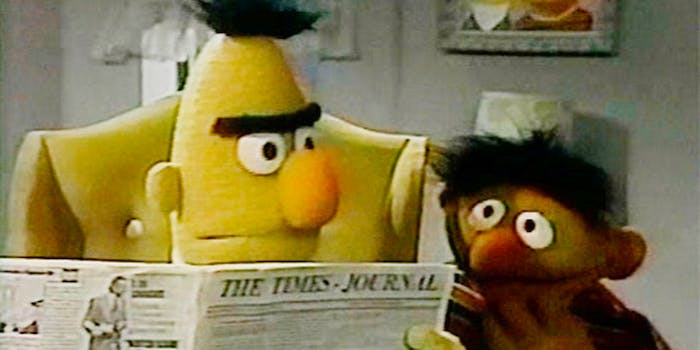 Hackers get to Sesame Street

In a message posted to Sesame Street’s YouTube profile, the hackers identified themselves as YouTubers Mredxwx and MrSuicider91, according to Internet research firm Sophos.

“Please understand i did not hack sesame street,” he wrote on his YouTube page. “i RESPECT youtube community guidelines !”

“We apologize for any inconvenience our audience may have experienced today on ourSesame Street YouTube channel. Our channel was compromised and we are presently working with YouTube/Google to restore our original content. We always strive to provide age-appropriate content for our viewers and hope to resolve this problem quickly.”

Parents of Sesame Street fans no doubt had to shield their children’s eyes a second time as Facebook users rushed to post bad, explicit jokes in reply to the statement.

“Todays words were ‘backshots’ and ‘doggy’ presented by the number 69 and the letter X,” Scream Shizzy wrote — also with four “likes.”

“Attacking a show that promotes tolerance, learning and generally not being an entitled asshole?” Reddit user mattzm wrote. “This is why we can’t have nice things.” 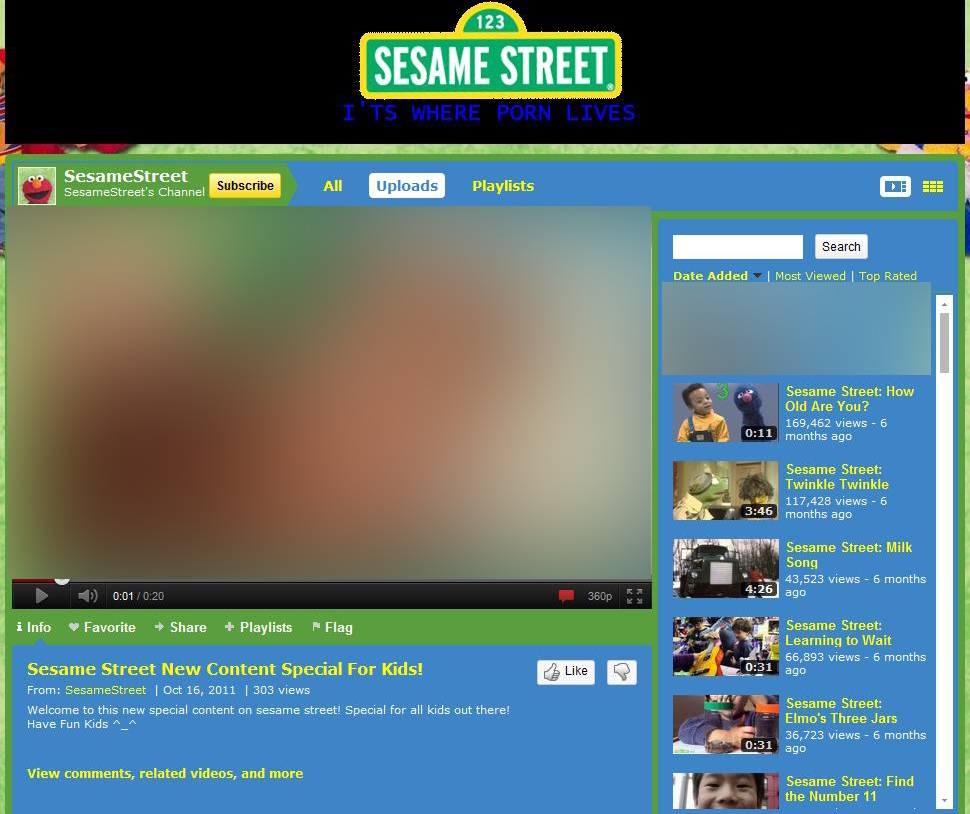