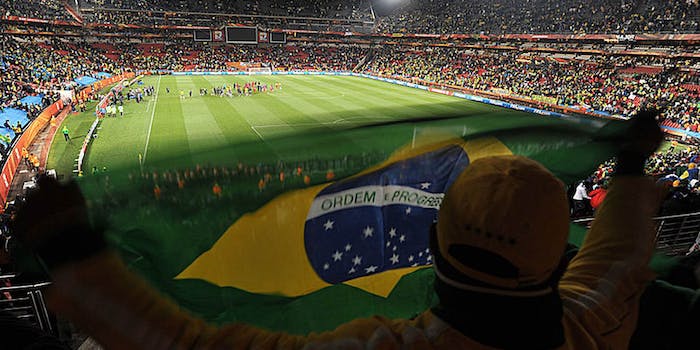 How hackers around the globe supported their World Cup teams

During the World Cup earlier this year Brazil, a handful of presumably dedicated sports fans went above and beyond to show their undying devotion to their countries’ national soccer teams… by launching large-scale cyberattacks against nations whose teams their clubs were playing.

Security researchers at Akamai Technologies, a global online content delivery network that handles nearly 30 percent of the world’s Internet traffic, looked at the data for attacks originating in one country playing in a match directed against the computer systems of its opponent. They found that, on at least five occasions, hackers from around the world took up digital arms in support of their national teams.

‟For example, the first match in the World Cup was held on Thursday, June 12th, 2014, and was between Brazil and Croatia,” wrote Akamai’s Ory Sega in a blog post. ‟[A] relevant query would look for Web application layer attack events originating from IP addresses coming from Brazil (BR) or Croatia (HR), and targeting websites ending with either ‛.br’ (Brazil’s country-code top level domain), or ‛.hr’ (Croatia’s country-code top level domain).” 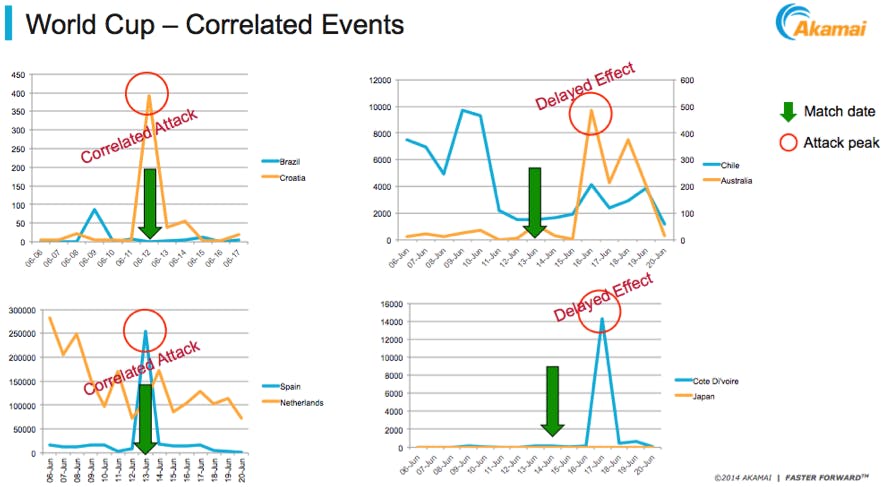 During the Brazil v. Croatia match on June 12, there was a pronounced spike in the number of cyberattacks originating from Croatia against a major Brazilian financial institution, all of which appeared to be the work of a single hacker. In the wake of the Netherlands’ victory over Spain the following day, a Spanish hacker leveled a denial of service attack against the sports section of a major Dutch news website, which had been running a story celebrating the Dutch team’s success.

Conversely, there were moments during the event when soccer appeared to unite the world in harmony; or, at the very least, distract everyone to the point where they didn’t launch any cyberattacks.

Akamai’s analysis discovered that the total number of global cyberattacks across the globe decreased during the two and a half hours it took Germany to trounce Brazil in a 7-1 rout. Apparently everyone was too enthralled by presumptive favorite Brazil’s complete collapse to get any hacking done.