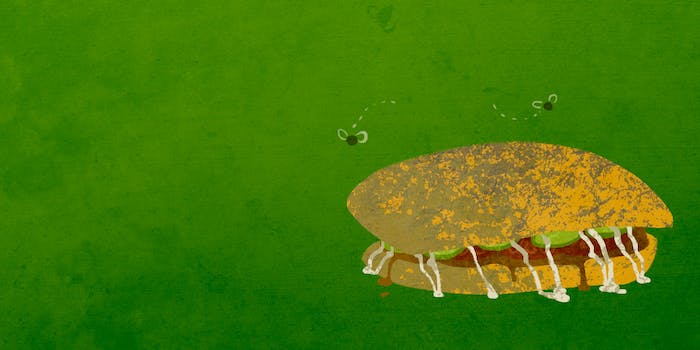 There’s bravery, and then there’s redditor Mister_Scorpion. Dude has promised to do something no sane person would.

“What is the worst possible Subway sandwich possible, using actual ingredients from Subway?” he wrote to his fellow redditors, subsequently noting: “I will eat the highest rated comment and report back.”

Here are some of the top-voted options on the table right now:

Get the wheat bread. Insist that they “lube it up son!” first by slathering a copious amount of mayo on both sides. To the point where you can’t see bread anymore. Then you get them to toast it on 3. Add cold meatballs and you’re good to go

Well… I was a fussy eater as a kid so I used to get a white footlong with just olives and tomato sauce.

Walk in and ask for a wheat bread with salt. Just have em pour on the salt until they’re worried for your health and refuse to add more… toasted of course.

Meatball and tuna with double squirt of sweet onion teriyaki sauce. Not toasted

Taking a page from an older thread and combining them:

Edit: in case it wasn’t clear, you put the cookie in the sandwich. In the old thread, some guy was able to convince the sandwich maker to do that. There was also a comment about getting a whole pickles from the back.

Just bell peppers, no other vegetables or meat

All triangular cuts of cheese, but ensure that they are improperly positioned so that the sandwich does not maximize the cheese coverage.

Dude comes in and asks for a big philly. The big philly is a steak sandwich that comes with 3 trays of meat (all other comes with just 2) and double cheese. He asks for double meat and double cheese, toasted. So at this point we have a sandwich with 6 trays of meat and 16 slices of cheese. Specifically asks for 2 trays on the side he’s about to eat now for lunch, and 4 on the other for dinner. The only vegetables he got was banana peppers, but then came sauces. I emptied about a half bottle of oil, chipotle, sweet onion, and mayo each total. I could feel my arteries closing at this point. He was cool and asked me to not attempt closing it, ended up wrapping in it saran. The total came up to over $14 and as I handed it to him he said “I call this the 2 chainz special” and left. Never saw him again.

Well you said any ingredients from Subway? Get a sub. Let’s go with a foot long BMT on Italian Herb and Cheese. Toasted? No. Double cheese? Yes. Fill it up with lettuce. That’s the only topping that you need.

Next up, order a large Pepsi. Now submerge your sub inside of your cup of Pepsi. Let it soak up all that soda.

Next up… Eat your Pepsi sandwich. The soaked bread will be terrible. The wet lettuce will be horrible. The meat that they put on will be gross. Finally you’ve just ruined your soda too.

We still have about 20 hours before Mister_Scorpion commits to a sandwich—which he will be eating for dinner in Australia—plenty of time to send your proposal in. He has, unfortunately, set some ground rules for these monstrosities in light of the custom designs listed above:

1) must have one kind of meat

3) Only 2 kinds of sauces max plz. That’s the limit at my local store. Also I don’t want to die.

We’ll of course report back if he follows through and survives.

Update 1:28pm CT, June 22: A Subway manager has been kind enough to assemble a couple of these monstrosities for your viewing “pleasure.”

Warning: Looking at these lunches may cause you to lose yours.