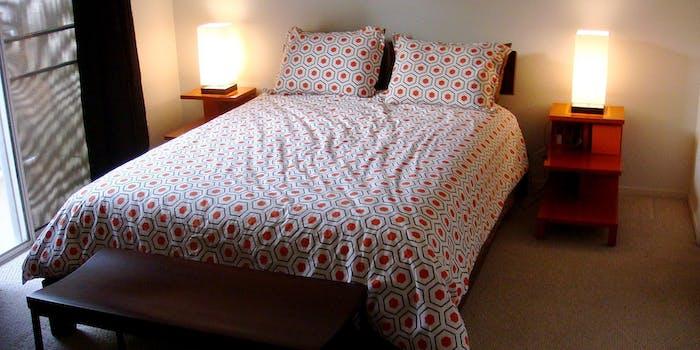 Dude Snapchats while hiding from girlfriend’s mom under bed

This moment brought to you by modern technology.

There’s nothing like the panic of hearing your significant other’s parents pull up to the driveway in the middle of a hookup—but at least that terror can be turned into a hilarious moment thanks to modern-day technology.

When this guy’s girlfriend’s mom came home a bit earlier than expected, he was forced to hide in the most cliché place besides the closet: under her bed. He Snapchatted while waiting for the coast to clear, resulting in a pretty entertaining story.

And legend has it he’s still there.