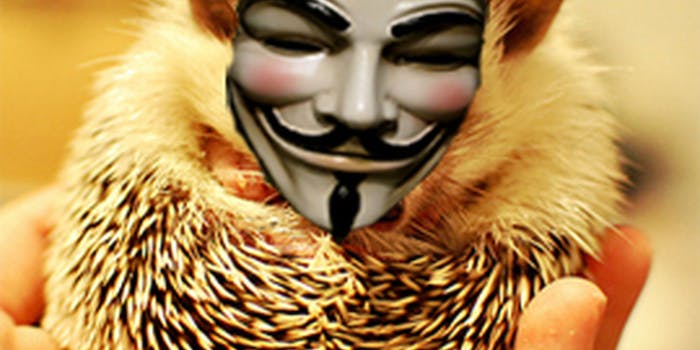 Guy Fawkes Day, or Bonfire Night, is celebrated with the fires across Britain, an act that has affected the population of hedgehogs.

Remember, remember the fifth of November. The gunpowder, treason, and… hedgehogs?

Famously distorted in the film V for Vendetta, Guy Fawkes Day, also called 5 November or Bonfire Night, began as a celebration of the thwarting of a dastardly 17th-century plot to blow up Parliament. First practiced upon the day of Fawkes’ arrest, Bonfire Night has long been an unofficial holiday in the U.K.

But it’s also deadly to one unassuming critter in particular: hedgehogs, who like to curl up in the presumably safe haven of a pile of dead tree branches and go to sleep. Thousands of hedgehogs are subsequently killed when partying Brits light up to burn effigies of “The Guy” and have campfire roasts. This year, the British Hedgehog Preservation Society is taking to Twitter to ask people to #rememberhedgehogs.

In 1605, an anonymous tipper warned a member of Parliament, and subsequently King James, to stay away from the House of Lords on Nov. 5. Police subsequently discovered Fawkes hiding in the cellars as part of a plan by Catholic extremists to blow it all up and install a more rigid form of religious-based government. To celebrate their narrow escape, Parliament declared that English citizens could light bonfires and set off fireworks. It’s been happening ever since—though, ironically enough, anarchists and members of Anonymous have adopted the familiar Guy Fawkes mask, popularized in V for Vendetta, as a symbol of Internet resistance to authority instead of the symbol of extremism.

Political significance isn’t the only thing that gets overlooked on Guy Fawkes Day.  Each year, according to the British Hedgehog Conservation Society, thousands of hedgehogs are killed in blazes all across Britain. Hedgehogs, whose hibernation cycle begins in early November, crawl into the piles and go into dormant sleep. A recent study released by the society showed that the hedgehog population in Britain has decreased by 25 percent over the last decade. Since the ‘50s, increased urbanization has caused the hedgehog population to decline from 35 million to 1.5 million. The Hedgehog Society has broadcast the hashtag #rememberhedgehogs to encourage citizens to remember to check under their bonfire piles before they start fires. 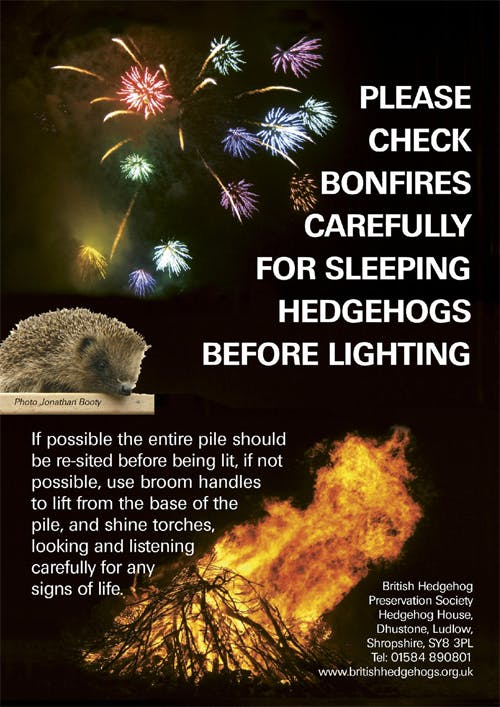 The Twitter hashtag isn’t the only thing raising awareness for hedgehogs this year. Popular authors John Scalzi (Redshirts) and Seanan McGuire (Newsflesh) started a series of hedgehog jokes on Twitter this morning after being alerted to the campaign for hedgehog awareness.

“Apparently UK folks accidentally SET FIRE TO HEDGEHOGS a lot on this day,” tweeted Scalzi. “Don’t be one of them.” PSA achieved, he set about making hedgehog jokes.

“I personally pledge NOT to set fire to hedgehogs, either today or in the future,” he noted. “Unless they are rabid, the size of a van and COMING FOR ME.” Naturally, this set off a barrage of hedgehog horror films.

In a coincidental twist, this week the U.K. also sees the premiere of what might be the world’s first ever hedgehog musical: a children’s opera being staged in Camden.

No hedgehogs were harmed in the production.