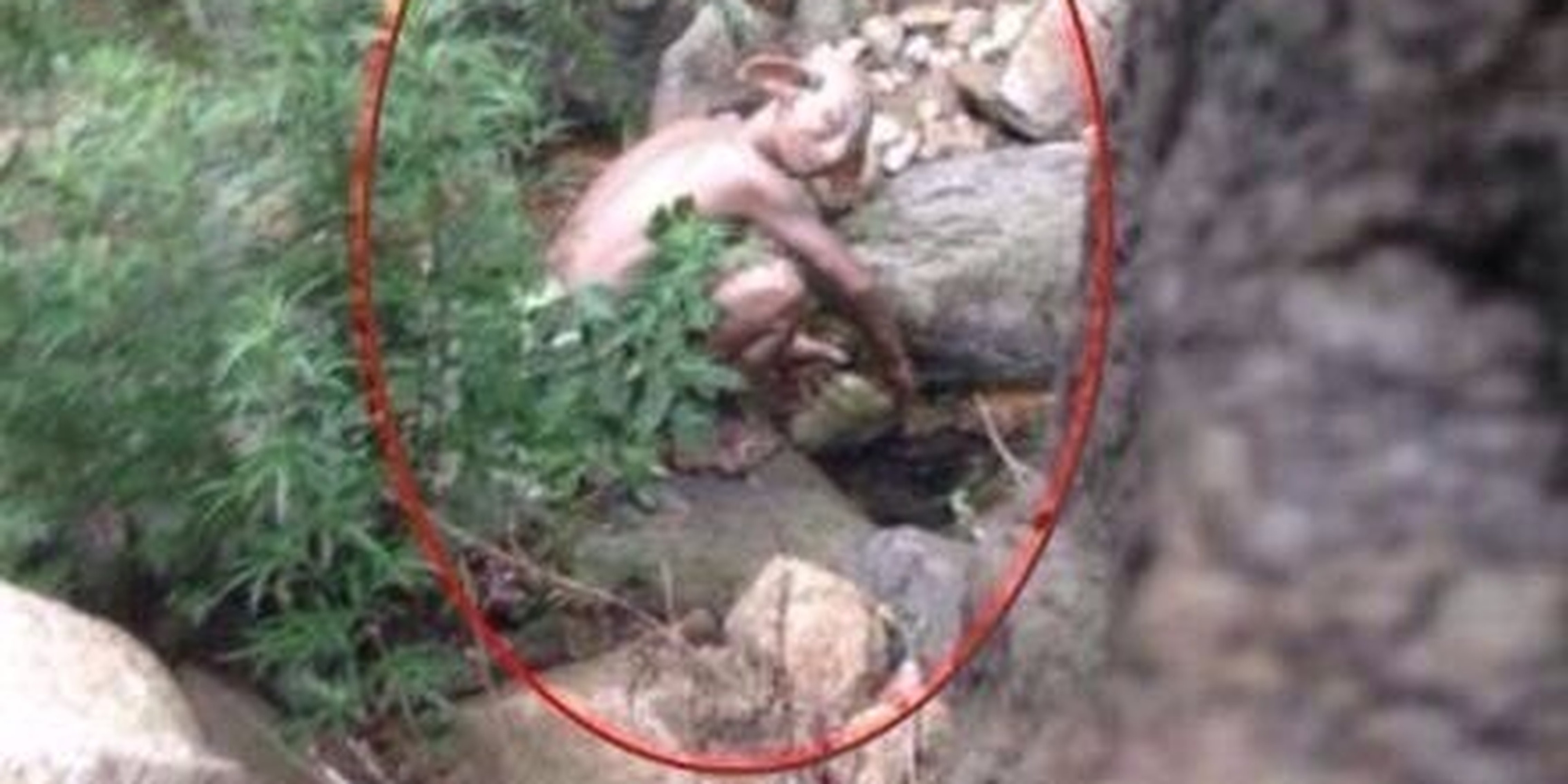 A Chinese man strolling through the forest thought he discovered a monster. He was only half wrong.

A few days ago, a Chinese man took an afternoon hike through a forest in the country’s Huairou District. He was strolling with a group of friends when he spotted something unusual. Actually, “unusual” might not be the right word; it was downright scary: It was a frightening creature with humanoid features, long droopy ears, and a skirt made out of tree branches.

He had spotted what he thought was a monster, and it turns out he was only half wrong.

After snapping a few photos, the man was spotted by the creature and both fled in opposite directions. Upon uploading the snapshots to China’s extremely popular Sina Weibo social network, the country began buzzing with viral monster chatter. Over 16 million mentions of the sighting have been recorded since, and it wasn’t until the makers of the popular massively multiplayer online game (MMO) Guild Wars 2 came forward that the truth was finally known.

The “creature” was actually an actor portraying an Asura, a race of character that resides in the game world. Covered in makeup and other costume bits, the man was part of a Guild Wars 2 photo shoot taking place in the woods at the same time the witness was passing through.

The actor had momentarily left the photographers to visit a nearby stream to grab a drink during a break. His reaction to being spotted was genuine, as he was likely just as startled to see someone photographing him from afar as the man who spotted him was at seeing a creepy monster lurking near the river.

Photographs from the official shoot, showing the exact same “creature” as in the witness’s snapshots, have since made their way to Sina Weibo in an attempt to calm the monster hype.

It’s hard to call this a hoax, since that label implies deliberate deception. It’s actually more of a hilarious accident. In this case, the man who spotted the unusual scene honestly thought he saw a monster, and as far as Guild Wars II fans are concerned, he was right.