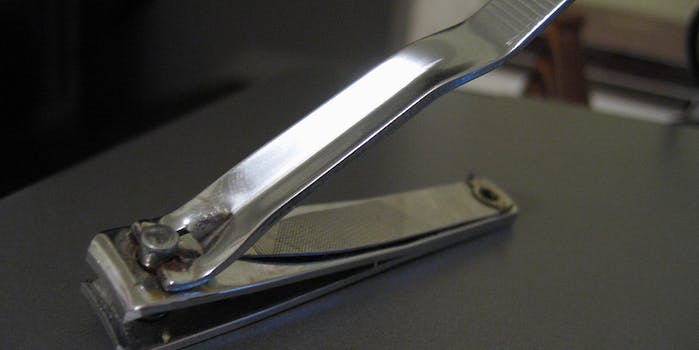 An already controversial Australian refugee facility will feel even more heat over a social media gaffe.

An employee of the private security company G4S, which operates Australia’s Manus Island processing facility for asylum seekers, had a good laugh on Facebook about a resident who swallowed a pair of nail clippers on Christmas day.

Now that the employee, Darren Powell, is the subject of an internal investigation over the matter, it’s a safe bet he wishes he’d confined those comments to the break room. 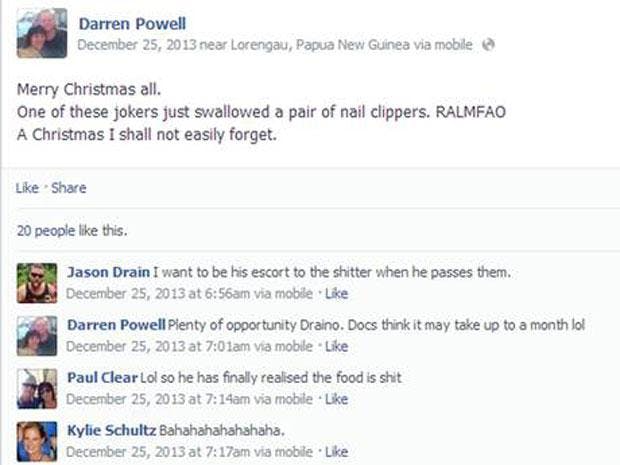 Powell’s Facebook profile, publicly accessible at the time of the offending post, appears to have vanished, but screengrabs of his status update—“liked” and remarked upon by several other G4S employees—have been making the rounds online. “G4S is very concerned by reports of recent inappropriate comments on a social media network. We were not previously aware of these allegations,” a company spokesman said, according to the Guardian. “The matter will now be investigated and dealt with appropriately according to company policy and the legal requirements of the market in which they are alleged to have occurred.”

The scandal comes on top of Amnesty International’s exposé of “harsh and humiliating” conditions on the island, off the coast of Papa New Guinea, where more than 1,000 refugees are being held in a “prison-like” atmosphere with little water and inadequate medical attention. “If we had died in the ocean that would have been better,” a suicidal Iraqi resident told interviewers. Stifling heat, physical abuse, flooding, and even snakes contribute to the misery.

Powell, a former army sergeant with plenty of experience in corrections, described his duties as a “supervising officer for operational staff” on his LinkedIn page: “ensure that clients are treated with dignity and respect at all times by G4S staff” and “report immediately an incident which gives rise to concern.”

On that last score, you can’t really fault him—he did get the word out.