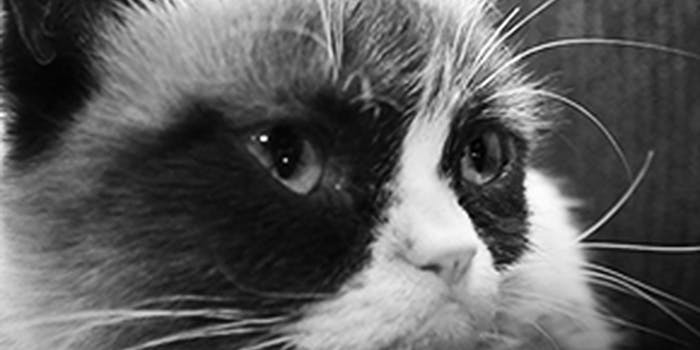 Grumpy Cat is not a fan of SXSW

Grumpy Cat made an appearance at SXSW, and she was even grumpier than usual.

Everyone is excited to be in Austin. Except for Grumpy Cat.

The Internet’s beloved cat, named Tardar Sauce or “Tard” for short, was at South By Southwest’s Interactive festival Thursday as part of a promotion for Friskies cat food.

While Tard can’t help but look grumpy because of feline dwarfism, the kitty was not happy to be under the hot camera lights.