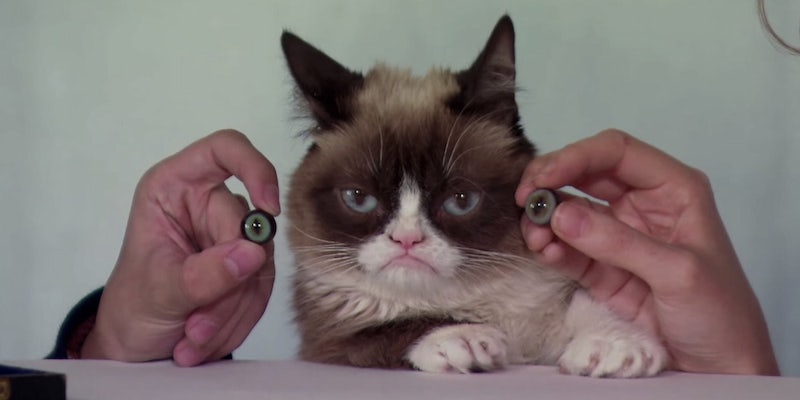 Grumpy Cat is getting a wax statue at Madame Tussauds

And she couldn't care less.

We can’t possibly imagine how utterly bored Grumpy Cat must have been while getting measured by Madame Tussauds’ sculptors in San Francisco.

The museum just announced that they will be making a wax replica of the living meme, which will include five animatronic movements. When reached for comment, Grumpy Cat declined, citing that she was “way over it.” And how. The sullen feline had to sit through lengthy molding, measuring, and the general unpleasantness of being the center of attention in a room full of “bozos,” as she put it.

The Grumpy Cat wax figure will premier at Madame Tussauds’ San Francisco later this year, and will tour the five other locations shortly after, Business Wire reports.

Grumpy Cat can smile—if only to herself—that she could possibly cut her public appearances in half once the replica is complete, and we would be none the wiser.

Watch Grumpy Cat’s sitting with the sculptors in the video below, and see what it really looks like to be totally over it.