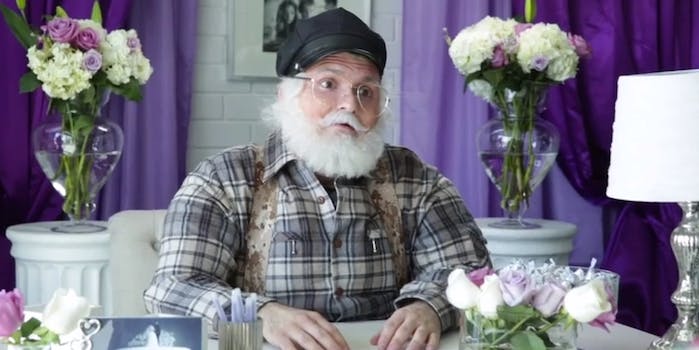 Why you should never let George R.R. Martin plan your wedding

At least he's having fun.

George R.R. Martin might have an excellent track record when it comes to talked about weddings, but he’s probably not what you’d really want in a wedding planner.

As the mastermind behind the A Song of Ice and Fire series and the Game of Thrones television show, he’s orchestrated three weddings in his third book alone. Each of them is memorable in its own right, but not really for the right reasons.

CollegeHumor takes a jab at the idea of GRRM as a wedding planning in a video that imagines what might happen if a couple went to the master of fantasy for help planning a “memorable” wedding. GRRM’s usual affair of murder, master assassins, and ultimate betrayal, isn’t quite what they have in mind.