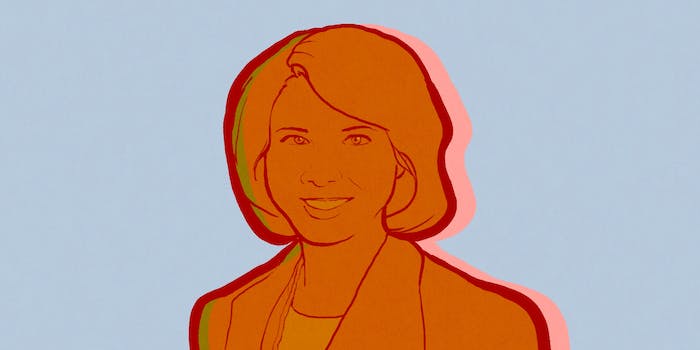 For a young generation of millennials, seeing your friends killed has become a scary new normal.

Gun violence has gone viral. Last Thursday evening, Christopher Starks was shot and killed in the student union at Savannah State University in Georgia. Earlier that day, Mississippi State University had what it initially described as an “active shooter” situation in a text message to students. After giving the “all clear” on Twitter, though, it emerged that no shots had been fired. The university had issued the warning after receiving a threat.

But the crime that galvanized the world was the murder of two journalists, Allison Parker and Adam Ward, who were killed during a live morning broadcast by a former colleague as he live-tweeted the shooting. His own footage, which he uploaded to social media, quickly began circulating. For once, the world could see what American mass murder looks like in real-time.

Alison and Adam always had a fun time together. Here are some behind-the-scenes pictures. http://t.co/bglHxG2jXC pic.twitter.com/X74EflXqlz

Millennials didn’t need to witness the carnage to understand its effects, though. We grew up watching our friends gunned down. The difference is that with Parker and Ward (both in their 20s), the rest of the world got to witness it, too.

For an entire generation, Columbine ranks alongside September 11 as a seminal moment in our collective development. Few of us under 35 can’t tell you where we were when we first heard that 12 students and one teacher had been killed in Colorado. Since then, we’ve seen our classmates again massacred at Virginia Tech, our fellow soldiers executed in Chattanooga, and our children slaughtered at Sandy Hook.

Since Columbine, more than 30 mass shootings have taken place in the United States. Each time, as the satirical newspaper the Onion points out, we say there is “no way to prevent this,” despite the fact that this routine mass murder doesn’t happen in any other Western country. After each tragedy, politicians trot out the same platitudes for the victims and their families, cautioning us that “now is not the time” to talk about gun violence. These empty overtures prompted author Maureen Johnson to create the hashtag #WhenCanWeTalkAboutTheGuns.

Because there are only so many times you can type "all thoughts to the family and friends of the victims." #whencanwetalkabouttheguns

In the US where gun deaths happen everyday some would argue it's always too soon. For those killed, it's too late #whencanwetalkabouttheguns

For my generation, this isn’t a question: We’ve been dealing with gun violence since we were in middle school. From the emergence of “active shooter drills” in schools to videos detailing how to survive a mass shooting, we’ve grown up with the reminder that we could be next. A couple years ago, I blogged about my own experiences coming of age in a hail of bullets, including a terrifying lockdown I experienced in college:

In 2008, when I was in my “super senior” year at Western Kentucky University, the entire campus was shut down when shots were allegedly fired on two different parts of campus. I was at my apartment, running late for class, when the first shots were reported on the local news station. That part, South Campus as it is known, was on my way to classes on the main campus, known affectionately as the Hill. My commute would have taken me right past the action. I called my grandmother (from here on out known as Mamaw—it’s a southern thing), and we decided I should stay put.

It wasn’t long before WBKO broke in again, saying more shots were fired, this time on the Hill. I called my grandmother back, told her I was safe, and locked the doors. I immediately began calling my friends on campus, who weren’t answering. I couldn’t get a hold of anybody. Family began calling as CNN broke the story, as did friends from high school and those whom had graduated, checking in on my safety and for updates. It was only a year and a half after the Virginia Tech massacre, and we all knew the stakes. This was real. It was violent. My friends would be shot. People would die.

Gratefully, as was the case at Mississippi State, it was a false alarm. The fear I felt, though, was real. For millennials, this is not just a political issue—it’s a looming menace in our daily lives. We are the most frequent sacrificial lambs on the altar of the Second Amendment.

According to a 2014 study by the Center for American Progress, people under 30 account for 54 percent of all gun-related murders, making it the second leading cause of death for our generation, behind automobile accidents; current trends suggest it will be the leading cause of death very soon. To put this in the startling context, “more than one million years of potential life are lost due to gun deaths each year,” the study found. Thirty percent of us have been or know someone who has been affected by gun violence, and 60 percent of us fear we will.

For my generation, this isn’t even a question: We’ve been dealing with gun violence since we were in middle school.

Given that we’re more likely to be killed by guns, it’s not surprising that millennials show lower rates of gun ownership than previous generations. But according to a poll conducted last year by the Pew Research Center, only 49 percent of millennials would say that controlling guns is more important than protecting gun rights. This figure has been seized on by conservative websites and gun rights activists as evidence that millennials are, in fact, pro-gun.

This is roughly on par with previous generations, though, and is a vague question. It also contradicts another poll, conducted in 2013 by United Technologies/National Journal, which found that 56 percent of millennials support stricter gun control regulation, while another poll by Pew shows millennials consistently embracing gun control. When asked more specific questions, like whether they support a ban on assault weapons, a majority of millennials answer “yes.” That is hardly surprising, since semiautomatic weapons have featured in many of the mass shootings that have horrified, but not galvanized, the nation since Columbine.

This isn’t just about mass shootings, though. Though we frequently define the gun control debate in terms of mass violence, most millennials who die from firearms will lose their lives in isolated incidents. The scourge of gun violence and the lack of gun control in this country is killing young people at an alarming rate, with people of color especially vulnerable. In their study, the Center for American Progress found that 64 percent of victims murdered with a gun were black—with young black men particularly at risk.

These victims rarely get the memorialization victims of mass shooting receive. Hadiya Pendleton, a 15-year-old girl gunned down in a Chicago park, would’ve been 18 this year. And for those of us who have survived, the effects of growing up in gun culture are jarring. As Wellesley student Sam Lanevi blogged at the Huffington Post, “mass shootings are now a part of the school experience.” As a child, she had conversations with her mother about what to do in the event of an active shooter. “Parents should not need to educate their about shooter protocol in an ‘advanced country,’” she wrote.

That is exactly the country we live in, and last week, we saw it play out live on our televisions and Twitter feeds. America can no longer afford to ignore the urgent danger of our lax culture of gun violence. It’s not just time to talk about the guns. It’s time to do something about them.