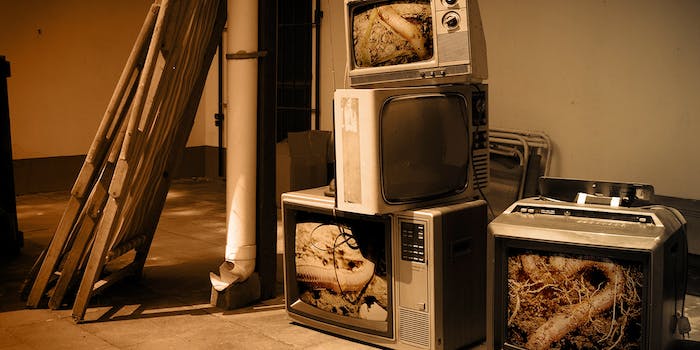 Go ahead, ruin your lunch.

Warning: This article contains explicit material that may be NSFW.

There’s plenty of stuff you can’t get away with on YouTube, but an awful lot of twisted, revolting, barf-worthy material doesn’t violate its community guidelines. In the interest of spicing up an otherwise boring news week, here are some of the foulest videos currently on offer. Enjoy!

“How to Perform a Prostate Exam”

Anything from the How To Basic channel would make the cut, but the concept of laying eggs so you can lubricate your fist in yolk and ram it into a butt you cut in a stuffed horse… yeesh.

This entry arrives via our friend Ryan Broderick. Is anime pornography even more discomfiting when you’re left with just the audio track? Yes.

“Pulling off my dead toe nail.”

Possibly a deleted scene from David Cronenberg’s The Fly.

It’s unclear whom this was meant for, or whether they were ever the same after watching it.

For true body horror, it’s tough to beat these epidermal extractions. Why choose just one when you can see a truly sickening montage? (Also, why do humans have so many holes?)

“This isn’t so bad,” you’ll say to yourself, shortly before it gets really bad.

Ever wondered what the inside of a sperm whale looks like? Not anymore you don’t.

The Dick Butt meme—a li’l drawing of a dick-shaped man with a dick for a butt—is as old as the viral Web. (Here’s the full history of it.) Dick Butt is cute in two dimensions, but when you animate him in 3D, the nightmare never ends.

Photo via Gustavo Devito/Flickr and Wikipedia | Remix by Max Fleishman