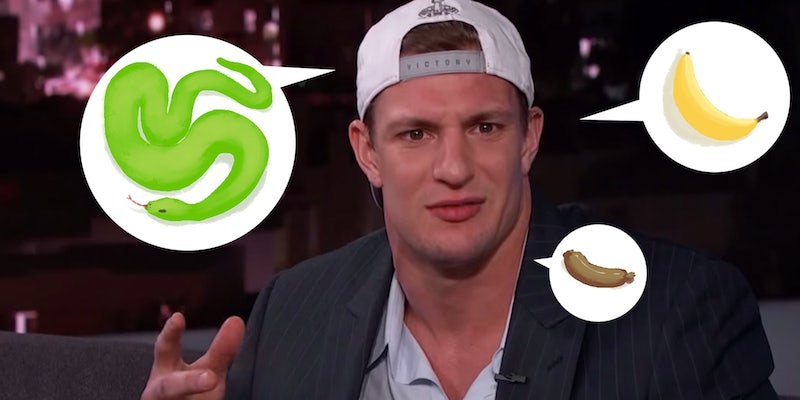 We read A Gronking to Remember 2: Chad Goes Deep in the Neutral Zone so you don’t have to.

Yes, Gronk is aware of his budding erotica fandom. He even read a line from A Gronking to Remember during a Super Bowl press conference. But nothing could have prepared him for the demonic turns taken in the sequel.

If you haven’t read the first novel, the second starts off on the premise that our narrator, Leigh, is finishing a book tour for her memoir about her Gronk-related sexual escapades, which is also titled A Gronking to Remember. Your lit professor would call this “metafiction.” It’s a very smart narrative device.

Leigh finishes the book tour in New York, where NPR host Terry Gross asks her to spike a football into her backside.

“I think I’d be remiss in my journalistic duties if I didn’t ask you if you’d spike a football in my booty,” Terry said to me, then looked out to the audience and said, “Wouldn’t that be so cool if we could witness it live?”

The narrative then devolves into a kidnapping fantasy when Leigh’s husband’s friend, Chad, absconds with Leigh to his Patriots-themed man cave. This is where the story starts diverging into Fifty Shades of Grey territory.

“Ahhh,” he moaned. THen: “Aiayeeeee…” A screeching weasel of agony. His wails filled the man cave.

As Chad broke down the game tape, my personality was being broken down as well. The jumble of colors of bodies sank deep into the mud of my person, like a dinosaur falling into a tar pit. I began to understand the power of teamwork. Or rather, the understanding was being drummed into me by a vile temper.
Teamwork: imagination, finger, clit. A writhing, three person team.

The sex rose up in me, hot and nasty. I needed a nasty fucking. It did not matter from who. Danimal, Chadimal, Gronkimal, Leighimal.

Noonan gets pretty creative with her description of Leigh’s sexual reeducation.

I tickled my clit, pinched lightly up and down my lovely lady folds like I was making a pizza crust (Papa Gino’s, not Papa John’s).
…
My pussy throbbed with the fury of ten thousand goats.
And it demanded herding.

The whole thing takes a turn when Chad reveals that he needs Leigh to help him solve a riddle, which requires “one more ejaculation for completion.” While watching game tape, Leigh deduces that Gronk goes deep into the neutral zone on a play, breaking his arm because there’s no “I” in “team.” And there’s no “I” in “team” because “there needs to be ‘MEAT’ in team!”

This revelation in the form of non sequitur magically unlocks Chad and Leigh’s orgasms.

The duo then ends up in an outdoor football field, populated by players made of semen. Chad reveals he has been building a tribute to the Jan. 19, 2002, AFC Divisional “Tuck Rule” Game.

Leigh then spikes the semen football onto Chad’s penis before she manages to escape. This moment is inexplicably interrupted by a brief interlude about Franklin stoves.

(The book contains a whole chapter about Franklin stoves, which I have mercifully excised from this synopsis. You’re welcome.) 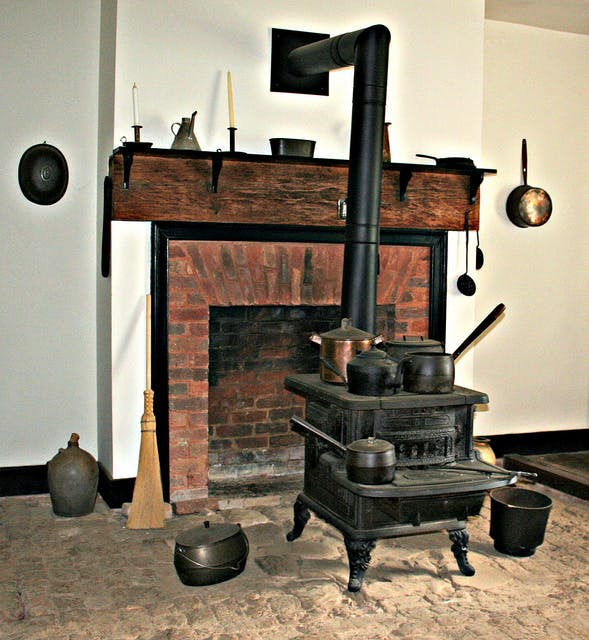 Leigh returns home to find her husband Dan having a Jets-themed affair with the aforementioned NPR host Terry Gross. A shoot-out, arson, attempted framing for murder, and then actual attempted murder occur before the true hero of our story, Gronk, finally appears.

First, he tells us that the reason why he’s taken so long to show up is because he’s been working for some sort of secret organization.

“Wait. You’re a policeman too? In addition to being a devastating receiver and a brutal blocker, the complete Tight End package?” I ask, wiping tears from my eyes.

“Ha! No, not really. It’s just a costume. But we’ve been keeping an eye on you ever since The Gronking to Remember.”

“No, no, more powerful than the Patriots.”

The end of the book raises more questions than answers, a perfect setup for yet another Gronk sequel. Gronk help us all.