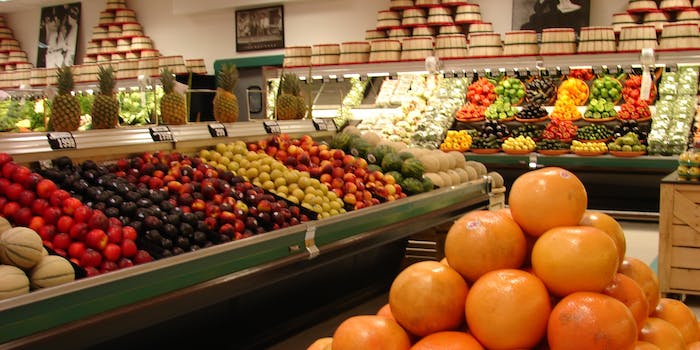 Orange you glad this punning foodie isn’t your boyfriend?

Bet this gets old real quick.

Poor Emily. She just wanted to go and buy some groceries, but her boyfriend had other plans—and something tells us this isn’t the first time she’s brought the punmaster out with her.

Will it pun? Even if it’s a stretch (towel-tally, really?), he’ll push through in a cheesy attempt to make Emily laugh. From what we can tell, she’s mastered the nonresponse meant to stop him, but as some, including this author, can attest, that will only make him try to pun even more—or worse, try to explain it.

We can only hope she got her sweet, sweet revenge in the best way possible: with a pun of her own fresh from the oven.