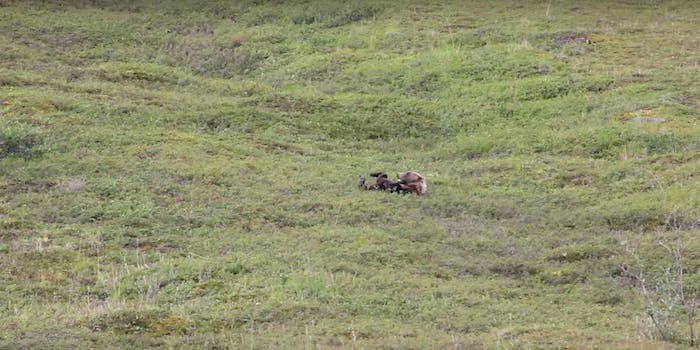 Lazy grizzly bear delights tourist by rolling down a hill

Bears are really coming out to play this summer, whether it’s visiting cabins or dipping in pools, and now they’re even copying our silliest drunken moves.

One bear at Alaska’s Denali National Park couldn’t be bothered with walking down a hill on Sunday. It was so lazy, and the best option in its mind seemed to be letting gravity do its thing. So the bear went down the hill that way, human laughter be damned.