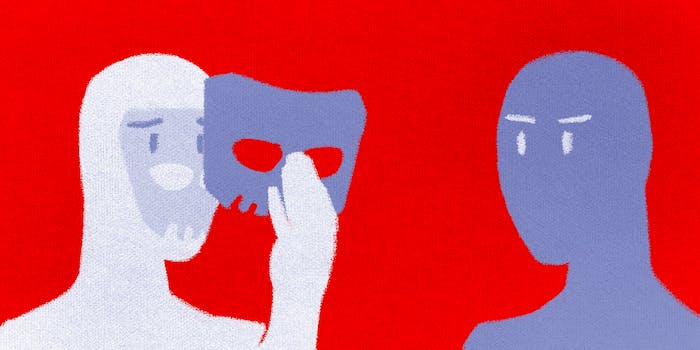 This guy on Grindr broke the one rule of catfishing

A fail for the history books.

Some people just aren’t very good at using dating apps like Tinder and Grindr. Others, meanwhile, are epic, unbelievable failures—like the guy who tried to pass off someone else’s photos as his own, only to get caught by the exact guy he was attempting to impersonate. Awkward.

Jack Kennedy is the young man whose photos were appropriated by a catfisher on Grindr in a hollow effort to digitally flirt, unknowingly sending photos of Kennedy to Kennedy himself. He posted the interactions on Tumblr, and they’ve since racked up over 50,000 notes. 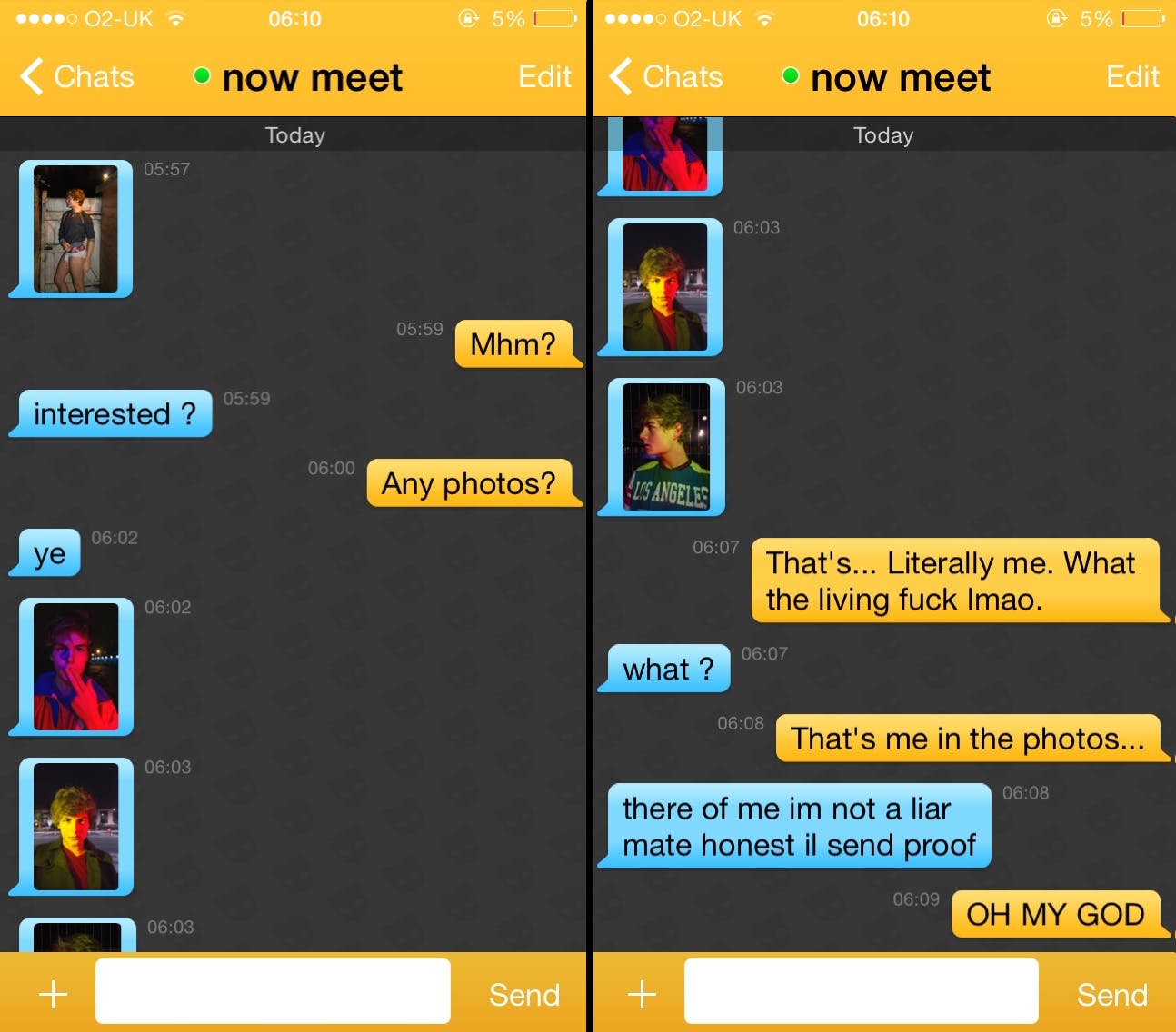 Kennedy is the orange bubbles, the catfish blue.

Kennedy first responded with “Mhm?” because he thought they were asking if the picture was him—he doesn’t have a profile picture on his Grindr account, because he considers himself more of a lurker and doesn’t use the app very often. (Though he was sending copped photos, the impostor’s profile photo was actually blank like Kennedy’s, but filled in with stats: 18 years old, slim, single, and 140 lbs.)

“They started sending more photos of me, and I was just sat in bed thinking ‘OK, this guy has to be joking. There’s no way this is happening,'” the 18-year-old photography student told the Daily Dot in an email. “Then he actually offered to send proof that it was him, and at this point I just couldn’t stop laughing!”

“I went on to ask him for his ‘proof’, which turned out to be a a photo of his (fortunately not mine) penis,” Kennedy wrote. “After this I just closed the app and ignored him.”

After jumping off of Grindr, the Kennedy posted the conversation screenshots to Tumblr. He reported the catfish, but since this guy wasn’t using a picture of Kennedy on his profile, it’s unlikely he’ll get booted from the app. 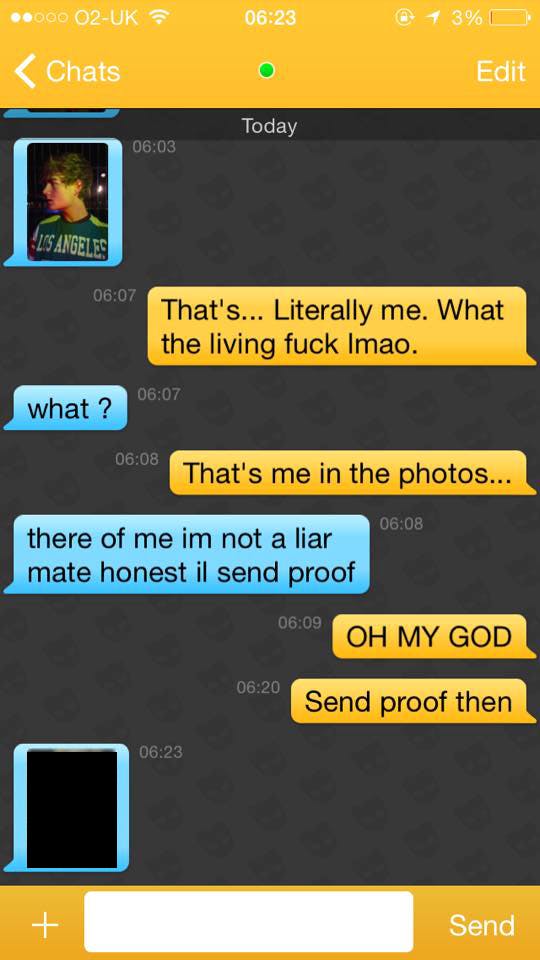 This isn’t Kennedy’s first encounter with catfishing and impostors. About two years ago, someone was using his photos on Facebook, along with personal details about his own life peppered throughout the profile. As in this recent incident, he reported the user.

“They attempted to replicate me in as many ways as they possibly could; it was insane,” he wrote. “I suppose it gave me a little confidence boost, but at the same time I can’t help but worry about what these people are doing with my photos—what are their intentions? Are they using the Internet to target vulnerable people whilst masquerading as me?”

Kennedy’s photos get a lot of love on Tumblr. One photoset has over 75,000 notes. Catfishers using other people’s photos ruck amuck on the Internet, where in just a couple of clicks they can use another person’s face as their own digital mask.

“I believe catfishing can make people very anxious and be a significant factor in the development of long-term trust issues. I’m not sure that people fully understand the consequences of their actions,” Kennedy wrote. “The Internet is a wonderful and very powerful resource, and I believe it’s important that people understand that their actions online can have a serious effect on people’s lives.”