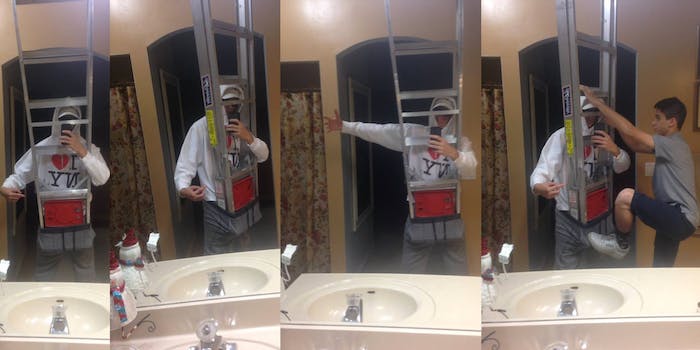 Is that a French horn in your pocket?

Twitter’s been wildin’ out lately, especially when it comes to new challenges. There’s been a nudes-filled #WhipItOutChallenge and even a revenge-fueled #CreditCardNumberChallenge. And they’re exactly what you think they are: whipping out genitals and MasterCard info like there’s no tomorrow.

The #WhipItOutChallenge never quite caught on, but shockingly the #CreditCardNumberChallenge did. That is, until Twitter perks up and realizes federal crimes are being committed on its social media site.

But nothing compares to the work of art being done to the #GreySweatpantsChallenge.

The actual challenge is seductively showing what you’re packing in the least sexy garment of all: oversized grey sweatpants. Luckily Twitter is doing what social media intended and turning thirsty followers into the human embodiment of the joy emoji.