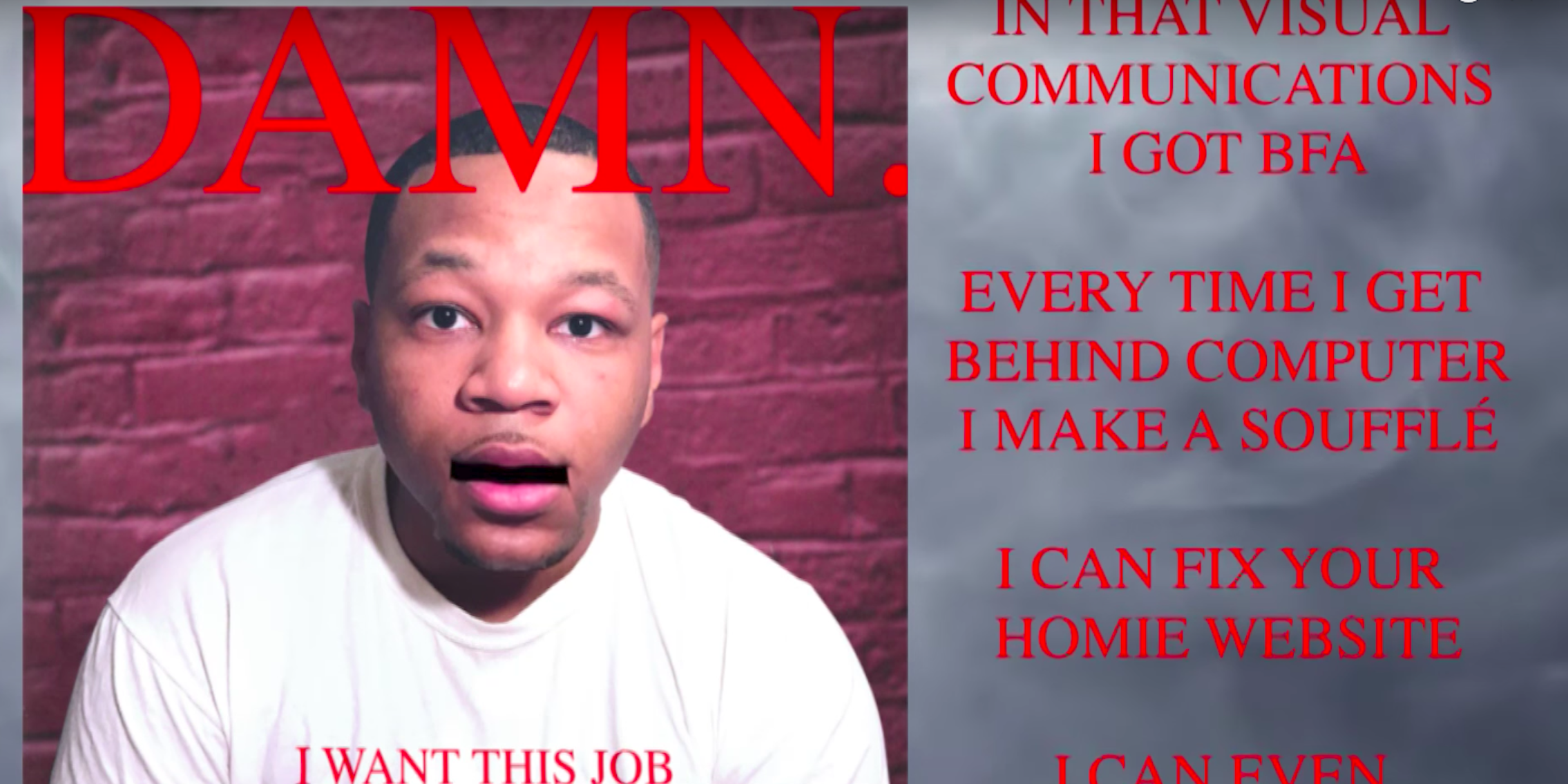 Dude raps his resume in the most epic intern application ever

Someone get this graphic designer a job.

A recent college graduate channeled his inner Kendrick Lamar in a rap video about his graphic design skills, in hopes of a landing a big New York City internship.

CEO of VaynerMedia, Gary “Vee” Vaynerchuk, announced he was looking for full-time or intern creators for his digital agency this month. On Monday Dawayne Kirkland, a graphic designer and illustrator, went above and beyond in his application and posted a YouTube rap video about the skills he could bring to the table as an intern. The video, “Rapping For a Job at VaynerMedia” was Kirkland’s first and only YouTube video, and it has accumulated more than 14,000 views since going live.

Kirkland placed a photo of himself on Lamar’s DAMN. album cover, with the text “I want this job” on his shirt. In the rap, Kirkland mentioned having several internships on his resume, a degree in visual communication, and an array of computer skills—all to the beat of “DNA.”

VaynerMedia is a New York-based company that partners with clients such as Chase, Toyota, and USA Network to assist with video production, media planning and distribution, marketing, and other digital services.

As of Tuesday, video and application submissions for creators have been closed.

Kirkland, a 2016 graduate of Cazenovia College in New York, has had several design internships and jobs in New York, according to his resume. His rap video—which showcased both his graphic design and editing skills, as well as his rapping skills—might just land him an internship at VaynerMedia.