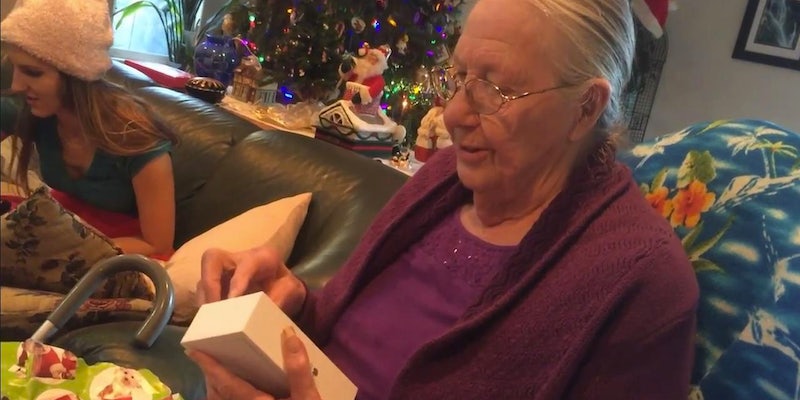 Grandma gets pranked with a chocolate iPhone on Christmas

Her reaction couldn't be better.

We’ve never seen someone happier not to have received an iPhone for Christmas.

This grandma can’t help but let out a frustrated sigh as she unwraps an iPhone 6 box by the tree with her family. Her disappointment is apparent as she opens the package and removes a small device.

“Oh, one of these, that everybody uses, that I know nothing about,” she says.

Then her grandson says something weird: “I want you to put it in your mouth.”

Only when he tells her to take a bite out of the phone does she catch on to the Christmas prank: It’s chocolate.