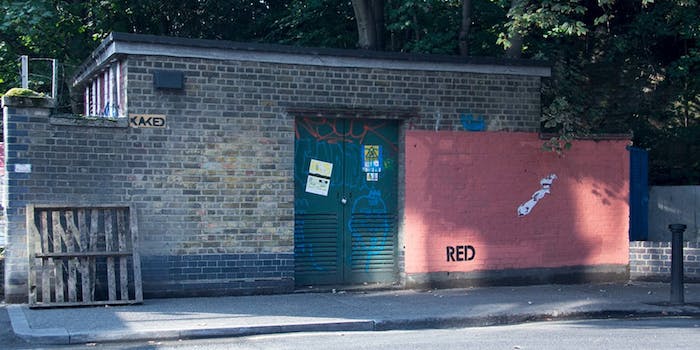 This GIF of a long-running graffiti war is everything

What happens when A Man battles The Man over the right to spray graffiti on a brick building to see how The Man will respond to A Man’s attempt to troll it via spray can?

An anonymous graffiti artist who runs this website and goes by Mobstr decided to determine just how much his city would respond to his taunts. Considering the resources it would take to keep on trolling, the fact the city kept playing this game of tic-tac-toe for as long as it did is impressive.

In a post titled “The Curious Frontier of Red,” the artist wrote, “I cycled past this wall on the way to work for years. I noticed that graffiti painted within the red area was “buffed” with red paint. However, graffiti outside of the red area would be removed via pressure washing. This prompted the start of an experiment. Unlike other works, I was very uncertain as to what results it would yield. Below is what transpired over the course of a year.”

The resulting experiment netted an epic graffiti war of attrition.

Pretty fantastic, right? To see more of Mobstr’s website, check out this link.

And keep the lesson Mobstr teaches us close to your heart. If The Man is trying to paint over your hopes and dreams, keep on spray-canning them against the brick wall of life. Because eventually The Man will either give up and let you have your way or it’ll simply overwhelm you with gallons of red paint.