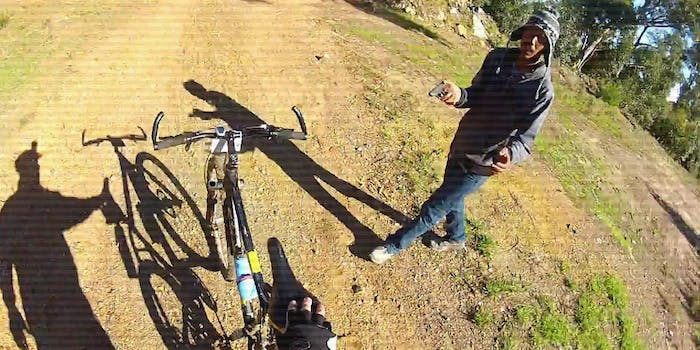 The thieves ordered him off his bike and had him cough up his belongings, but forgot the GoPro camera on his head.

Getting robbed at gunpoint is something no victim wants to relive unless, thanks to a GoPro camera, they have no choice.

While riding his bike in South Africa’s Somerset, a town near the southernmost tip of the country, on May 31, Malcolm Fox was approached by a man wielding a gun.

The man ordered Fox off his bike and had him cough up his cell phone, keys, Oakley sunglasses, and wallet while another thief grabbed his bike.

The one thing these criminals forgot to take was a GoPro camera attached to his helmet which captured the entire incident on video.

The video has since been used, according to bicycling.co.za, to track down the thieves and bring them to justice.