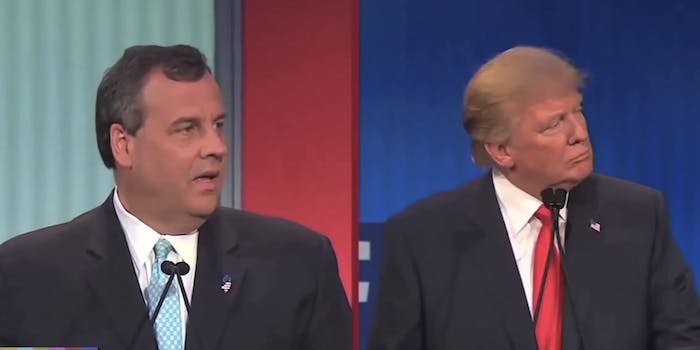 The first GOP debate is so much better without words

Earlier this month, the 10 highest polling candidates in the GOP primaries took to the debate floor on their home turf, Fox News, to duke it out for a couple of hours.

Across Brooklyn and many other heavily white, liberal, gentrified neighborhoods, hip taverns were filled with chin-scratching skeptics attuned to the circus that was the first GOP debate. This week, production company Woodcreek Faction reimagined the debate without dialogue. With grunts, moans, laughs, and “flatus,” the video is perhaps the most accurate representation of what people in those bars heard while watching the debate unfold.

This version may actually say way more than any one candidate did during the real debate.

Screengrab via The Woodcreek Faction/YouTube