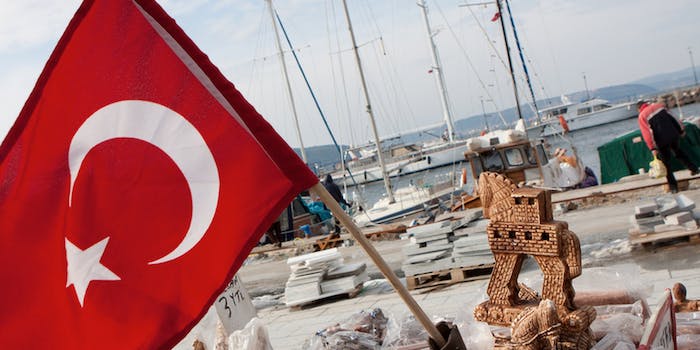 The lawyer who successfully helped Twitter overturn its own ban is now working with the video-sharing giant.

YouTube is taking Turkey to court over the country’s controversial ban of the video sharing service.

The filing in Turkey’s Constitutional Court comes just days after the latest in a flip-flop effort to either ban or un-ban YouTube, which came under fire March 27 after “an illegal recording of a key high-level security meeting on Syria” was released onto the site. The cover-up immediately followed, with Turkey’s Foreign Ministry declaring it to be doctored. No matter, Turkish officials saw it fit to hold YouTube’s parent company Google fully responsible, banning the site despite the fact that the video did not break any of its community standards.

YouTube returned to Turkey’s Internet Friday, eight days later, after a Turkish court overturned the controversial decision, citing a similar decision to keep Twitter, which had been allowed to stay online after another Court ruled a banning prohibited free speech, but it got cut again on Monday. According to VentureBeat, the second ban came after Turkey decided it couldn’t accept YouTube keeping fifteen videos containing “criminal content” on its site.

Now YouTube’s all up in a kerfuffle, and it’s bringing in lawyers.

Turkish lawyer, Göneç Gürkeynak will represent YouTube defense just days after helping Twitter receive its reinstatement. In addition to the complaint concerning the ban, he and the California company have filed a lawsuit to the Ankara 4th Administrative Court demanding a stay of execution, thus ending this whole back-and-forth entirely.