Say this about the Brits: They certainly don't care where they get their rocks off.

Say this about the Brits: They certainly don’t care where they get their rocks off.

Evidence stands (straight up!) in a new discovery made by the mad geniuses at the Google Street View monitoring website Google Sightseeing, which last week unearthed screenshots of a supposed hooker in Manchester giving a hand job to a guy on the rarely traveled Temperance Street. 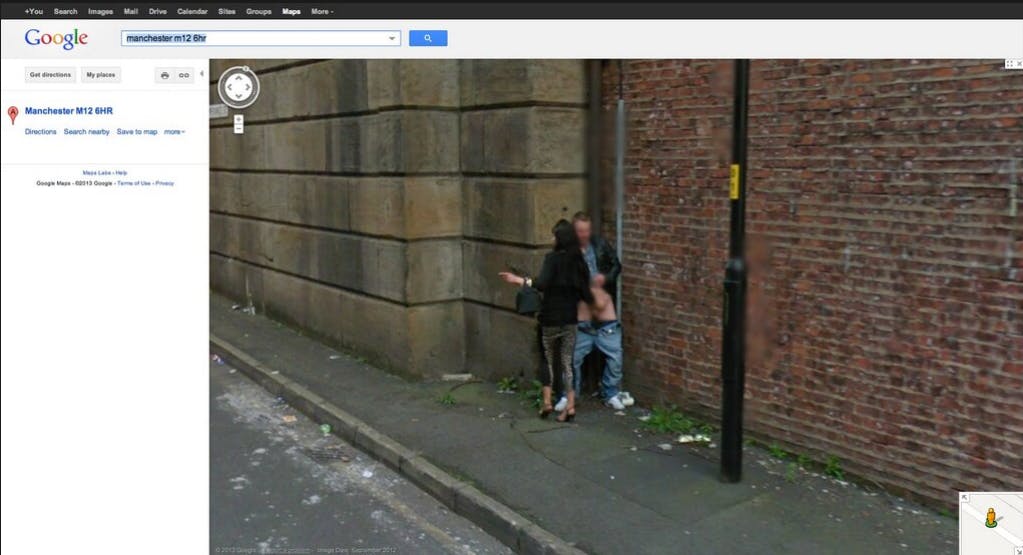 Judging by the woman’s posture (hand out, body slightly bent at the knees) and the dude’s (um, erect, body reclined somewhat powerlessly onto a well), the two parties are having a pretty good time. Or at least one of them is. The other’s probably thinking about whether or not she’s set her rates at proper market value.

Google removed the images shortly after Google Sightseeing discovered the scene—the above image is a screenshot Google Sightseeing captured before it went down—but as Gawker points out, a number of different images still exist online. (Since those images are taken via cars that move up and down the roads, each location gets photographed a number of times.)

Google has a somewhat troubled history with Street Views and sexual episodes. In January, a member of the site’s massive assembly of mappers mistakenly photographed two extreme-sports hobbyists getting it on in a French retail shop’s dressing room.