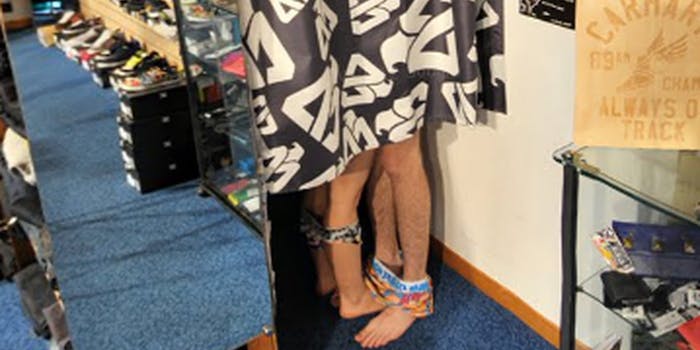 This is what happens when you let Google's cameras indoors.

It’s with that in mind that we take you to an extreme sports shop called Krakatoa somewhere on the south side of Briançon, a tiny hamlet of 11,000 in southeastern France. You can get anything you want in this Krakatoa: shoes, shorts, sunglasses, ski goggles.

According to Google Street View, you can also get your rocks off.

Thanks to a GSV link posted to Reddit’s r/funny, the world is now privy to the fact that two lovebirds decided they needed to simultaneously enter into the Krakatoa dressing room to try on some new clothes—er, I mean, no clothes.

Check it out. It’s totally wild and sexual and loaded with funny looking underwear. 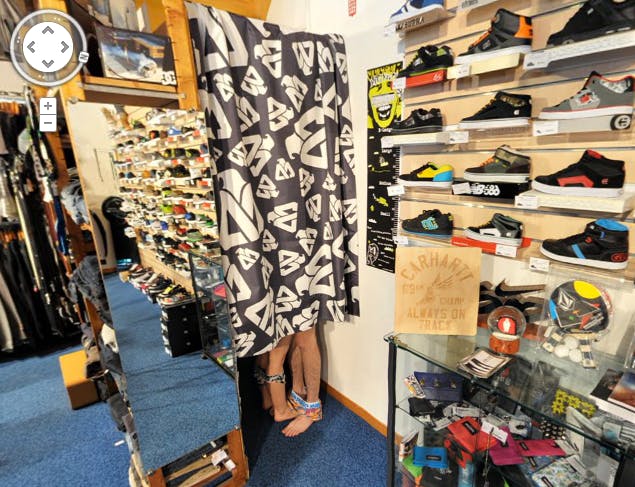