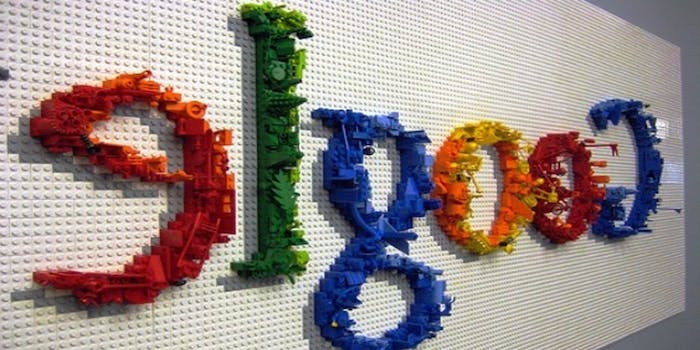 For one day only, Google becomes elgooG.

Google is embracing April Fools’ Day with one of our favorite types of pranks: simple, harmless, and deceptively clever.

The search giant has created a mirror image of homepage—right down to its famous URL.

We're always looking ahead, but sometimes it's important to reflect. Change your perspective: http://t.co/oTkpNeurqj pic.twitter.com/4RDyBgjSES

While the mirror-image aspect is cool, the really interesting part is Google’s use of a flipped URL, a reminder that it owns the new (and thus still relatively strange-looking) .google custom TLD.

The Internet Corporation for Assigned Names and Numbers (ICANN), which manages the Internet’s vast array of top-level domains, only opened up registration for custom TLDs like .sandwich, .love, and .google in 2011. Google activated .google in November 2014.

This reverse URL is exactly the kind of nerdy prank we’ve come to expect from Google. It’s particularly amusing for anyone who remembers the All Too Flat joke website elgooG. For a more interactive prank, try the Google Maps Pac-Man game before it vanishes at the end of the day.