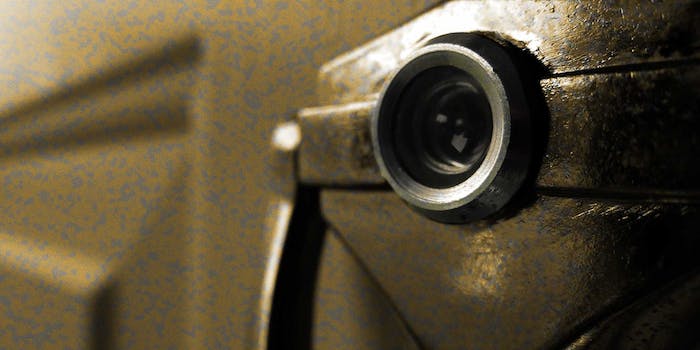 A group of companies—including some of those implicated in PRISM—has signed a letter asking the NSA to reveal the number of requests it makes for users' information.

A veritable who’s who of the Internet’s biggest companies delivered a letter to President Obama and members of Congress Thursday, demanding more transparency about the National Security Agency‘s spying practices.

Signees included Google, Twitter, and Reddit, and the campaign was organized by the digital rights advocacy group Center for Democracy and Technology (CDT).

Notably, it’s also signed by AOL, Apple, Facebook, Yahoo, and Microsoft. Along with Google, those are the companies that have been named as part of the NSA’s PRISM program, which allows it to secretly order them to turn over their users’ communications.

Paltalk, which for some reason is of also of interest to the NSA, was not among the letter’s initial signatories. But nearly every Internet-focused advocacy group, including the EFF, Public Knowledge, and the ACLU, was.

Those PRISM companies have insisted they didn’t knowingly participate in any specific NSA program, but that they did comply with court orders for users’ information. Some of those come from the Foreign Intelligence Surveillance court, and are inherently classified. Google, in particular, has openly asked the NSA to let them even say how many FISC requests they get, and Yahoo has challenged them in secret court.

So it’s no surprise that the letter is concerned with PRISM, and section 702 of the Foreign Intelligence Surveillance Act (FISA), which makes it legal. It’s also concerned with section 215 of the PATRIOT Act, which lets the government collect the metadata of every American’s phone calls.

The complete letter is below:

We the undersigned are writing to urge greater transparency around national security-related requests by the US government to Internet, telephone, and web-based service providers for information about their users and subscribers.

First, the US government should ensure that those companies who are entrusted with the privacy and security of their users’ data are allowed to regularly report statistics reflecting:

Second, the government should also augment the annual reporting that is already required by statute by issuing its own regular “transparency report” providing the same information: the total number of requests under specific authorities for specific types of data, and the number of individuals affected by each.

As an initial step, we request that the Department of Justice, on behalf of the relevant executive branch agencies, agree that Internet, telephone, and web-based service providers may publish specific numbers regarding government requests authorized under specific national security authorities, including the Foreign Intelligence Surveillance Act (FISA) and the NSL statutes. We further urge Congress to pass legislation requiring comprehensive transparency reporting by the federal government and clearly allowing for transparency reporting by companies without requiring companies to first seek permission from the government or the FISA Court.

Basic information about how the government uses its various law enforcement–related investigative authorities has been published for years without any apparent disruption to criminal investigations. We seek permission for the same information to be made available regarding the government’s national security–related authorities.

This information about how and how often the government is using these legal authorities is important to the American people, who are entitled to have an informed public debate about the appropriateness of those authorities and their use, and to international users of US-based service providers who are concerned about the privacy and security of their communications.

Just as the United States has long been an innovator when it comes to the Internet and products and services that rely upon the Internet, so too should it be an innovator when it comes to creating mechanisms to ensure that government is transparent, accountable, and respectful of civil liberties and human rights. We look forward to working with you to set a standard for transparency reporting that can serve as a positive example for governments across the globe.