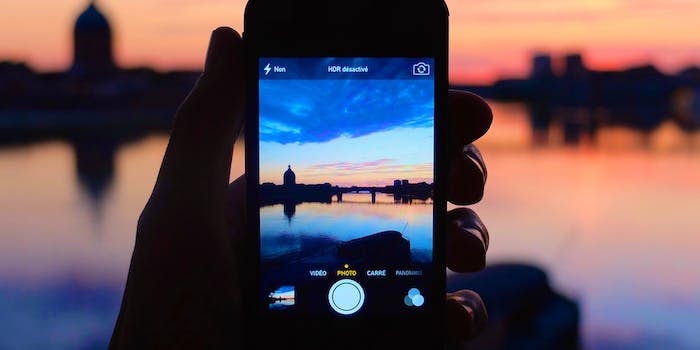 How Google is making your phone even smarter

The company is changing everything you think you know about smartphones.

After months of speculation, Google’s SVP of Chrome, Android, & Apps Sundar Pichai announced that the search giant is coming to your iPhone in a new way: by becoming a mobile carrier. Speaking at the Mobile World Congress in Barcelona, Pichai was sparse on details but did confirm the service will be a Mobile Virtual Network Operator (MVNO); this means that Google (like Boost or Tracfone) will piggyback on the infrastructure of larger carriers, like Verizon or AT&T.

Much like its hotly reviewed ISP service Google Fiber, an MVNO network is a giant leap forward in making Google both a content provider and a data carrier; however, such a metamorphosis isn’t just an attempt to widen business prospects. Much in the same way Google did with its Nexus smartphones and tablets, Google could use Fiber and its MVNO to set an industry standard upon which Google can base its future projects and services. If wireless carriers and ISPs refuse to innovate themselves, Google intends on forcing them to do so through sheer competition.

Google’s long-term ambitions are bent on the opening of new avenues for its customers. Much like Facebook, Google is finding it has saturated the market of available customers and must seek out new streams of data to mine and turn into advertisements. This doesn’t mean that a Google MVNO would use data collected through calls, though it’s certainly a possibility. What it does mean is Google needs industry standards as a whole to improve, even on a minuscule level, if it hopes to continue supplying the ever important growth shareholders crave.

What standards Google intends on improving upon is yet to be seen, but Pichai did provide one small hint at  how a “Google Wireless” could succeed where other carriers are lacking. While promising a bigger reveal “in the coming months,” Pinchai focused heavily on the prospective ability of an MVNO to seamlessly transition from relying on LTE data to a Wi-Fi connection—even mid-phone call—to prevent against connection failures and dropped calls.

While that certainly sounds novel, it should be noted that it is far from new. Wi-Fi calling has been available across the industry for years (it was a standard feature on my two-year-old HTC), and last September, T-Mobile promised seamless LTE to Wi-Fi connectivity in all iPhone 6s under its yolk. But forcing all carriers to blur the lines between Wi-Fi and LTE coverage offers even greater hints to Google’s future—and the industry as a whole.

Much like its proposed MVNO, Google Fiber exists less as a new stream of revenue and more as a means to force the stagnant, oligopolistic ISPs to provide better, cheaper service. Like ISPs, wireless data carriers are lazy and powerful companies with a chokehold on the infrastructure Google as a content provider relies upon. If customers have the option of seamless transition from Fiber to a Google-managed carrier, it could effectively free them from the lethargic and expansive powers currently enforcing their will on the Internet. By creating a bubble of services that removes consumers entirely from ISPs and wireless carriers, these companies will need to either improve or lie at Google’s feet.

With an MVNO, however, Google is only plunging itself waist-deep instead of drowning in the sea of mobile data carriers. By selling no-contract phones through retail stores (in much the same way you can go buy a Virgin Mobile phone in a 7-Eleven), Google could avoid the headache of having to open brick-and-mortar locations or manage customer service hotlines. While some MVNOs do manage locations, Google could potentially have the marketing and design expertise (otherwise known as “functionally limitless resources”) to make the service free of the confusion that makes such a service necessary.

What should make its competition nervous, however, is the likely possibility that an MVNO is really just a simple stepping stone between Google and its very own carrier service. While an MVNO would allow Google to basically “rent” infrastructure and spectrum space from other carriers (reportedly Sprint and T-Mobile), becoming its own carrier would require Google to invest billions into the engineering of cell towers and auctioning or bargaining for space within the wireless spectrum.

Or would it? One of the other projects Pichai discussed at MWC was Project Loon, Google’s so-crazy-it-must-work project to deliver Internet to the Global South by floating balloons into the atmosphere. While the project has been plagued by technical difficulties in the past (with balloons supplying weak Wi-Fi signals and only lasting a few weeks), Pichai reported that most of the company’s balloons are now actively and reliably providing 3G service throughout the southern hemisphere, staying in the air for over 200 days.

Is it possible that Project Loon could provide Google with the infrastructure necessary to become its own wireless carrier? For years, there have been rumors that Dish, the satellite TV carrier that already owns a significant chunk of spectrum space, could partner with Google to bring both companies into the mobile space. Google could theoretically combine Loon and Dish into a worldwide data carrier free of antennas.

In doing so, Google would be disrupting an area of the mobile market that hasn’t seen significant change since the development of 4G (5G, meanwhile, is on the back burner). While smartphones continue their dominant lurch forward as “the defining technology of our age,” the infrastructure upon which they rest is largely static and dependent upon companies exceedingly resistant to change. Just as the company has done with many of its products (what would iOS look like without the heated competition of Android?) Google stands to chase wireless carriers out of the burrows of their own failure.

Photo via MaximeRaphael/Flickr (CC BY 2.0)