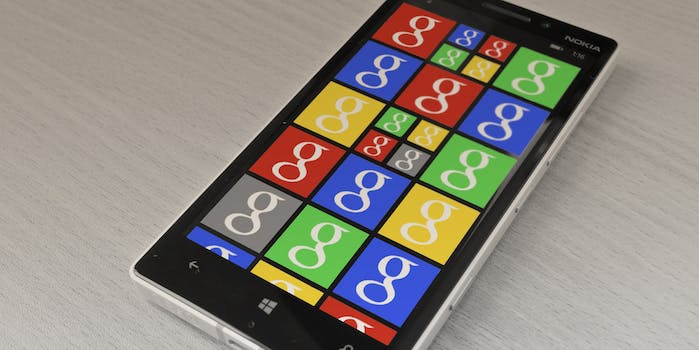 Google helps itself more than it helps you

Once again, Google sets Internet standards it stands to benefit from.

Aside from its sleek new logo, search and mobile giant Google made two other notable changes this week. The company announced its popular Chrome browser will no longer support Flash-based ads, giving users the choice of whether to see ads or not. Likewise, Google announced that mobile websites with those annoying, full-screen “Install Our App” ads will be placed lower on Google search results. Both decisions are welcome changes for consumers, who rightfully find these ads annoying and cumbersome. But they also reveal the impressive, and at times frightening, power of the world’s largest search engine.

While the consumer benefit of these changes might be high, it should worry consumers and government watchdogs alike. Google’s dominant position in several digital markets means the changes it makes to its services have a reverberating effect throughout the industry. This gives Google untold power to bend the Internet around its own goals which, like any corporation, are the bottom line. While it might be overstated to call Google a true monopoly, it’s hard to see these recent moves as anything other than the company manipulating its dominant position in order to rewire the digital advertising world to its liking and its benefit.

Google, which is now a subsidiary of the newly-formed conglomerate Alphabet, has a dizzying amount of control over the online economy and our culture. Accounting for nearly two-thirds of all searches on the Web, how Google decides to list search results can make or break a business, a reputation, or even an election. As researcher Ronald Epstein unveiled in Politico earlier this month, Google’s search algorithm could skew election results by as much as 20 percent. Similarly, the Chrome browser and Android mobile OS wield similar levels of power, with the former slowly climbing to Internet Explorer’s throne and the latter at an astonishing 82 percent market share.

So when Google makes functional changes to the way it lists or displays advertisements or sites, it matters to the tech industry as a whole. Banning Flash ads within Chrome could have huge repercussions on the online advertising industry, not the least of which would be further reliance by prospective ad buyers upon Google’s massively popular (and largely text-based) AdSense network.

What looks like a gracious move forward for the Internet as a whole is simply Google utilizing its commanding role in search to grow its own ad market.

Furthermore, the delisting of app-install websites is an extension of Google’s decision last April to favor mobile-friendly sites in its search listings, one that sent Web designers scrambling to adjust for what some called “Mobilegeddon.”  While seemingly a selfless step forward to benefit consumers, Mobilegeddon was a sales bonanza for Google. A July study by Adobe Systems found sites listed as non-mobile friendly saw on average a 12 percent dip in their traffic—peaking on Memorial Day when travelers were more likely to search using their phones.

In response, many of these sites bought more mobile ads from Google, driving up the overall price Google charges for those ads. By changing their search results to reflect the growing mobile search market, Google made service more valuable and forced an incentive down the throats of websites to buy even more ads from Google. What looks like a gracious move forward for the Internet as a whole is simply Google utilizing its commanding role in search to grow its own ad market.

The most recent move against the full-page “Install Our App” ads is Google once again setting a Web-wide standard that it will inherently benefit from. As has been noted for several years now, apps are the enemy to Google Search—the beating heart of Google’s ad business and its other Web services. In an effect Larry Dignan called the “verticalization” of search, more people are moving away from the traditional method of searching the Internet to searching within individual apps. You can find and review restaurants entirely in Yelp, for example, without ever setting foot in Google’s biosphere.

By discouraging app downloads—apps that might pull you away from Search and Maps and Chrome—through delisting aggressive sites in its search engine, Google is fighting back against this phenomenon. Sites must either live by Google’s rules or pay Google for advertising to recuperate the losses felt when Google delists them from search results. Viewed from this vantage point, Google looks less like a consumer-friendly, forward-thinking company and more like a mob boss threatening to burn down your house unless you pay up.

Google’s power and influence have not gone without regulatory notice. The company has fought courts across Europe for the structure of its search business, a battle that reached a peak this past April when the European Union’s competition commissioner opened up an official antitrust investigation of the company. Partly buoyed by noted European skepticism of powerful American tech companies, the EU alleges that Google’s preference for putting Google Shopping links ahead of other online retailers in search results is an example of anti-competitive practices against other comparison shopping sites.

And some of the changes stand to benefit not just Google but its largest competitors, too. Facebook also specializes in Flash-free, text-based advertising of the sort that won’t be affected by Chrome’s disabling of Flash ads. But Google holds 32 percent of the digital ad market compared to Facebook’s 5 percent. Whatever benefit Facebook stands to gain is negligible compared to the money Google will generate by toying with the digital economy.

As previously mentioned. these changes do stand to benefit consumers. Those full-screen mobile ads for native apps are an annoying hassle that have caused plenty of mistaken trips to the Play Store. The changes to Chrome’s handling of Flash is only the latest change in the hard-fought battle against Adobe Flash, a buggy, unsafe software the Internet will only keep around as long as it needs to. But the sudden shifts in the digital economy Google is able to create, and the ways those changes benefit Google itself, should leave us skeptical of arguably the most powerful company in the world.

Photo via K?rlis Dambr?ns/Flickr (CC BY 2.0) | Remix by Max Fleishman