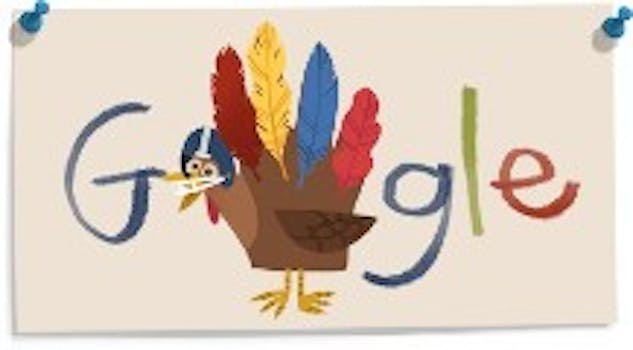 Google+ gives you a hand for Thanksgiving

The latest Google Doodles gives a modern upgrade to hand turkeys—and a boost to the search engine's social network.

Google has made it easy to get into the Thanksgiving spirit. But there’s a reason the search engine is so giving.

The search engine’s latest interactive Doodles allows users to customize their own turkey from the company’s main page. It’s the digital equivalent of those hand turkeys you probably made back in elementary school.

The doodle, which will be up through the holiday feast tomorrow, is actually a clever marketing tool for Google+ in disguise. Users are encouraged to share the images by uploading them to their profile on Google+, the search company’s new social network, which has been breaking all sorts of new ground lately.

“Whether you want to customize the headpiece, feet or individual feathers—or just prefer a random surprise by pulling on the turkey’s wing—there are many ways to show off your creativity,” Google announced on its blog.

While not as entertaining as the Google Doodles’ guitar experiment, it’s a festive way to spend 10 minutes at the office.