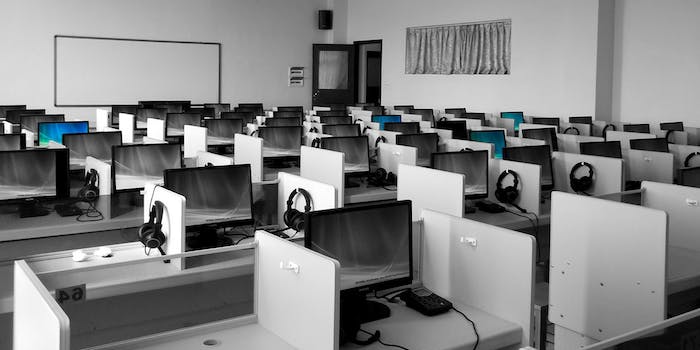 What Google’s classroom takeover means for the future of education

Google is investing in our schools, but is this the investment we want?

On Aug. 7, Chicago Mayor Rahm Emanuel announced in a statement that Google and Staples have provided funding for all the projects that Chicago-based teachers were seeking funding for on the website DonorsChoose.org. “Teachers will receive close to $400,000 in classroom supplies, including paper, pencils, books, musical instruments, and microscopes, and laptops,” wrote Shia Kupas for Crain’s Chicago Business.

“There is no greater investment,” said the mayor, who knows a few things about generous financial investments.

We have failed as a tax-paying society when a private company such as Google is supplying the paper so that teachers can provide materials for their students. The last time I checked, public education is something that falls under the jurisdiction of a public school system (such as Chicago’s C.P.S. aka Chicago Public Schools) or the local, state, and federal governments. How is it possible for one of the largest public school systems in the country to fail to provide musical instruments, laptops, and books for its students, many whom cannot even afford these items on their own?

In addition to the financial contribution, Google is also planning to becoming a more significant part of the classroom. Over the course of the summer, the Internet giant/unintentional verb has tested out its program called Classroom, a free program that will allow teachers to do everything they do on a virtual scale, from assigning homework to collecting and grading those assignments. Google’s Doc and Drive tools will be an essential part of that program, which is already been put to use in many schools nationwide.

Universities and colleges have used a similar program called the Blackboard Learning System for years, so this isn’t new for some people. What is new is the way Google is marketing to educators, teachers, and the most vulnerable of all-students. Google has sold one million Chromebooks to schools in its second financial quarter. “[Students’ are the future,” said Zach Yeskel, a Classroom creator and Google product manager. “They’re going into business someday.”

The second part of that statement overshadows the first part. Whitney Houston once sang that she believed the children are the future, but she didn’t add that they should go out and buy her albums and see her movies. It’s impossible for one to believe in altruism when people and companies believe that nothing is worth achieving if they don’t directly and immediately benefit from it.

Google isn’t a new sponsor to your local public education system. In 2012, Chicago Public Schools announced that all its teachers, principals, and administrators—as well as its students—would be on a single email platform, provided by Google apps. This supposedly saved CPS six million dollars over the course of three years, which is the length period of the contract.

The Google-provided and funded email platform was also in use in public school systems in Los Angeles and Florida, Northwestern and Yale Universities, and in the U.S. Navy. A couple of years before, then-CEO of Google Eric Schmidt contributed a generous sum of money to Emanuel’s first mayoral campaign. “Eric Schmidt supported the candidacy, Google has a big operation in Chicago,” Emanuel said to the Chicago Sun-Times in 2011, shortly before winning the mayor’s office. The CEO of Google supporting an ambitious mayoral candidate and Google receiving a multi-million dollar contract to provide communication services for a public institution must be purely coincidental.

The business of education does not need to be completely isolated from the businesses that wish to find ways to become a part of the community, even if those businesses are primarily looking for ways to find new customers and sources of income. Perhaps Google can host job fairs for students in Chicago or bring in employees to discuss with them the various roles they have in the company and how education has enhanced their careers and lives. This would definitely be a great morale booster to an education system that struggles with high dropout rates.

Before educators and those in charge of education willingly hand over the financial responsibility of providing laptops and library books to our students to a company who was once sued by The Authors Guild over its Google Library program, they must ask themselves what are the true benefits of this. How do these partnerships with private companies help both parties in the short and long run? What happens when this separation of church and state begins to become difficult to see, or is knocked down and there is no point of return?

Eddie Sayago is by day (and sometimes at night) a promotions assistant for two radio stations based in Chicago. By night, he is a trivia host. By hobby he is a photographer and podcaster who is working on a beer podcast. When not working, he is in search of food and good craft beers.

Photo via Teacher McKinley/Flickr (CC BY 2.0)