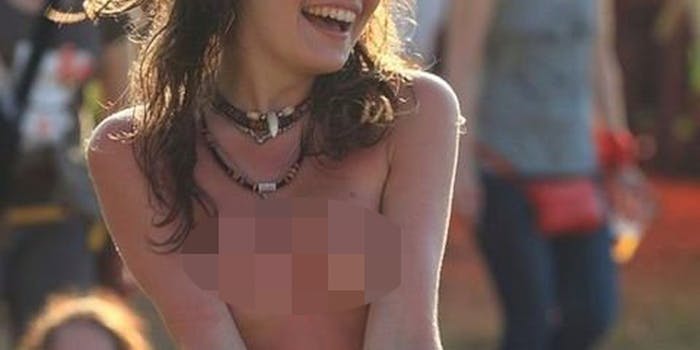 Without a shred of irony. It's a timely reaction to Alexis Ohanian's public anti-sexism plea.

Good Girl College Liberal, a meme that spread quickly on Reddit Tuesday, is literally just a topless, dancing young woman who encourages you to do whatever you want to her.

Just a day after Reddit founder Alexis Ohanian urged geeks to be less sexist and “kinder” in their debates about sexism in geek culture, the Redditors on r/adviceanimals have… not taken his advice.

But we are sure the images below probably aren’t worksafe. 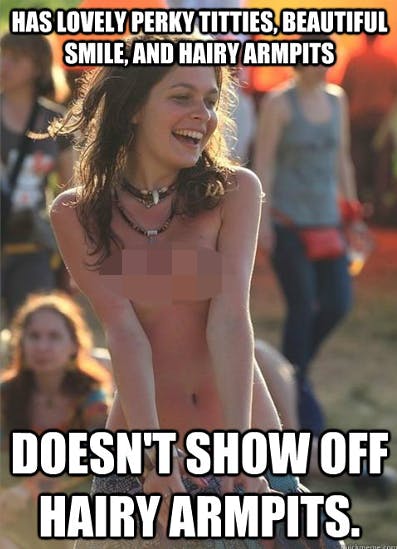 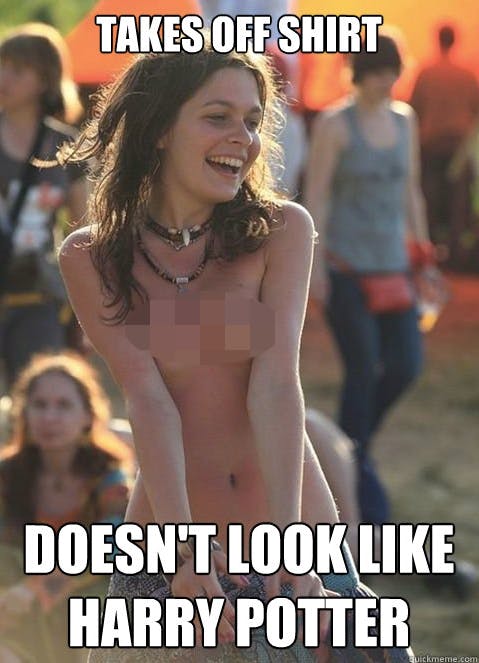 (…Which, apparently, the Annoying College Liberal does.) 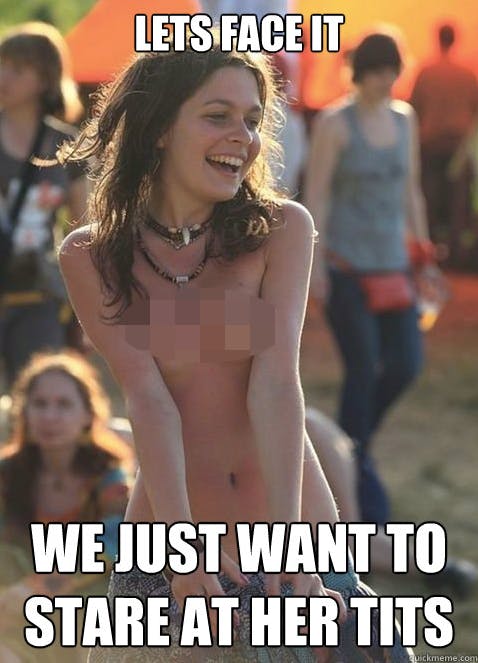 Some iterations of the Good Girl College Liberal are OK—that is, not blatantly sexist, if you aren’t already offended by the fact that the woman featured in the picture is half-naked.

Even some participating Redditors have their doubts. “Are we really doing this?” asked PackmanR, who was promptly informed that “tits” were the only justification necessary.

“Actually, I’m wondering why it took so long to establish a meme with boobs,” responded omfgab. “Maybe too many scumbag girls college liberals downvoting?”

The hypocritical and misinformed Scumbag College Liberal is another dated feminist stereotype. But Good Girl College Liberal clearly just wants to get high and road-trip to Coachella with you while letting you know that yes, you can totally touch her boobs.

It’s an echo of the socially restrictive gender stereotypes enforced by the previous iteration of the “Good Girl” meme, Good Girl Gina. What made Gina a “good girl” was her cheery willingness to be or do anything (male) viewers wanted.

The topless College Liberal is exactly that, but she shows her tits, too.

After all, as redditor kenfury sarcatically notes, “the only good girls are topless and dont argue with me.” 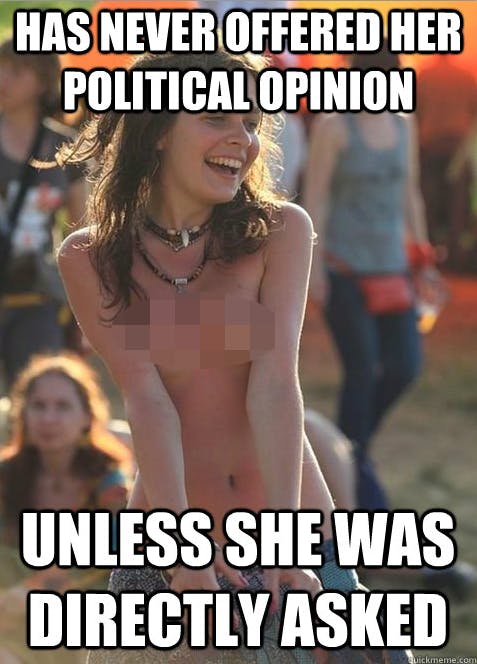 “Ah yes, perpetuating the stereotype that men want a woman who gives them sex and doesn’t say shit,” commented LegalAdvice420. “We classy.”

The meme comes on the heels of heated debate over tech evangelist Adria Richards’s decision to publicly embarrass two men who made innuendo-laden jokes during a tech conference. After one of the men was fired, she faced a tremendous Internet backlash that culminated in racist death threats and her own firing. Many claimed that Reddit had a large hand in the pressure exerted on Richards’s employer, SendGrid, to fire her. At SxSW’s recent panel on Reddit, featuring noted Reddit critics Adrian Chen and Rebecca Watson, things turned nasty when Redditors defended the site’s commitment to free speech—even if that means freedom to express purely misogynist values.

But beyond morals, there are practicalities to consider as well.

Hopefully he was able to explain that he wasn’t participating in a culture that routinely objectifies women; he was just browsing Reddit.