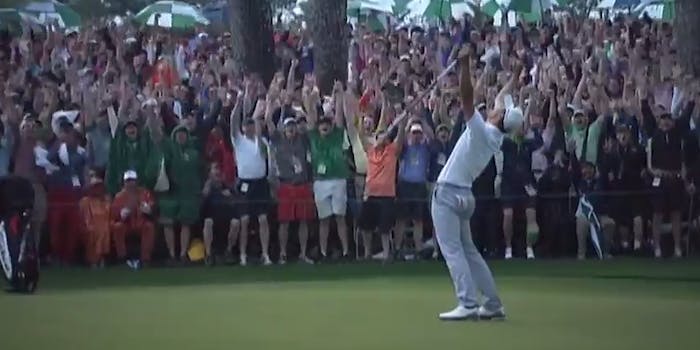 Golf would be so much more entertaining if this were real

Someone please make this a reality.

The Masters are taking place right now at Augusta National in Georgia. While it’s one of the most prestigious tournaments in golf, the biggest storyline this year hasn’t been current leader Bubba Watson’s “birdie binge” on Friday but rather the absence of Tiger Woods.

The reason is simple: As the sport’s most accomplished and controversial figure, Woods equals ratings, and national interest roughly corresponds to his level of involvement.