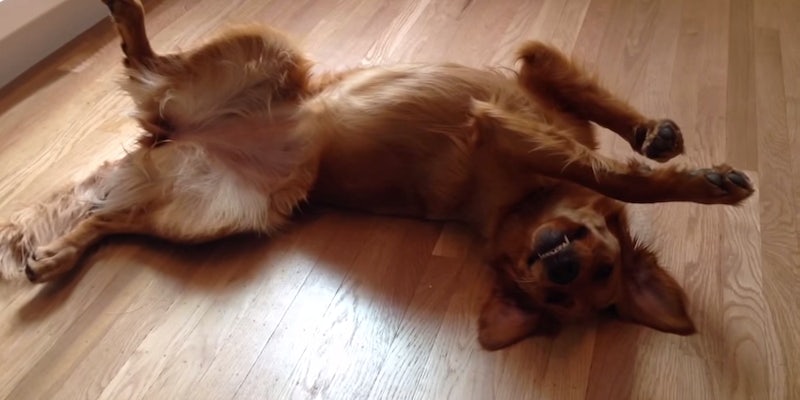 While pretty much anything can make a dog get excited and start running around, there’s something more commendable about a dog that can keep perfectly still.

Regan Smith’s golden retriever is having what Smith calls a “silent protest” in this YouTube video, though we’re not sure what it’s all about. Smith’s dog won’t move no matter how close the camera gets to its face; only a magic noise will spring it from its still state.