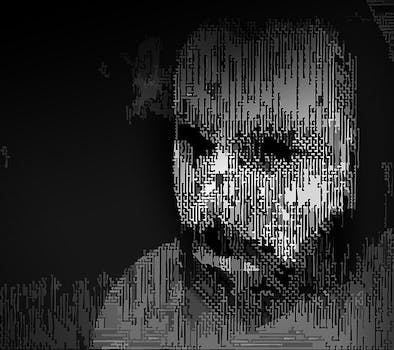 Twitter account AnonymousOwn3r claimed responsibility for the all-encompassing attack that took down one of the biggest Web-hosting companies.

If GoDaddy hosts your website, email, phone line, or even just your domain name, you might as well just shut down the computer, pour yourself a drink, and come back tomorrow: You are pretty much done for the day. The Web host and name registrar was taken entirely offline early Monday due to a cyberattack.

GoDaddy hosts an estimated 35 percent of all websites. No wonder the Web tool http://www.downforeveryoneorjustme.com/ was offline briefly from legitimate traffic overload, since millions of people clicked to check if their websites had been affected.

Twitter account AnonymousOwn3r has claimed responsibility for the all-encompassing attack, though all the major Anonymous-affiliated accounts are denying the hacktivist collective’s involvement, and no one else has stepped up to take the glory or the blame.

The name AnonymousOwn3r is itself an in-joke, as the famously anarchic group has neither leaders nor followers. The account has been relatively quiet in the last week, as befits someone allegedly planning a huge, apparently single-handed operation. But the account has taken credit for several previous hacks, including one on Facebook.

From the language and the news sites referenced, the Twitter user apparently comes from Brazil, and Brazilian Anons have been particularly active on the hacking front over the past year. So far there’s no word why GoDaddy was singled out for the attack, although the company has been the target of complaints following CEO Bob Parson’s elephant slaughter on safari and its support of much-reviled Stop Online Piracy Act (a stance the company later reversed). GoDaddy has never been the registrar of choice for Anonymous blogs, either.

Predictably, Anonymous itself evidences no sense of concern over the attack, which is significantly more sophisticated and encompassing than a typical DDoS. “Fake attack is fake,” tweeted Anon John Doe. “My money is on a technical fault at GoDaddy’s end. Unless I see proof of attack, it didn’t happen and Own3r is famefagging.”

As yet, no-one knows exactly how, or even vaguely why, this hack took place, but for rival hosts Blogger and WordPress, this is the best business opportunity to come along in months.

BinaryCanary reports five million GoDaddy sites are back online now, but this is a tiny fraction of the total sites they host, an estimated 8.8 billion. While Godaddy.com is itself technically up at the moment, it’s displaying an apologetic notice that they are “experiencing problems.” No kidding.